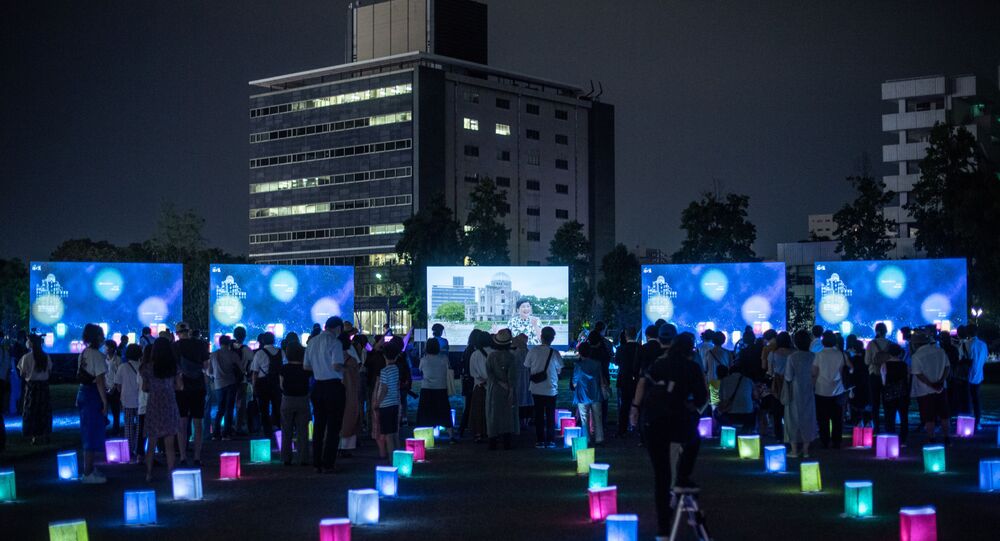 Those who deny history, or who are oblivious, are apt to repeat it. That is the frightening, perhaps most disturbing aspect of the 75th anniversary this week of the American atomic bombing of Hiroshima and Nagasaki.

The indiscriminate mass murder of 200,000 people on August 6 and 9, 1945, is beyond words in its horror and moral depravity. But what is equally condemning is the ostensible lack of remorse and the obfuscation to conceal the scale of such evil.

For if there were any remorse or realization about the crime there would surely be a commitment to never repeat it. The most solemn manifestation of commitment would be the pursuance of nuclear disarmament.

Seventy-five years on, yes, American news media run so-called commemorative articles on the historic events. However, there is a sense of glibness about the calamity, a sort of dull duty to mark the occasion as if it is a yearly chore of “regret”. There is also a sneaking awe at the destructive power unleashed on those Japanese cities, as well as the usual inclusion of official justification about how US leaders at the time were allegedly motivated by ending the Pacific War quickly. There are even in some media coverage brief mentions of acknowledgement that the dropping of the A-bombs was “unnecessary”.

But it’s all delivered in an insidious way to obscure the shocking, barbaric truth that the United States dropped weapons of mass destruction on civilians. How about going further and acknowledging it was a deliberate act of mass terror for political purpose to establish American hegemony in the postwar order?

No proper humane or moral lessons, it seems, have been drawn about the genocide that took place at Hiroshima and Nagasaki. Neither by the people in US government and media establishments nor, lamentably, by the wider American population. If lessons were truly learned then there would be a sense of revulsion and outrage demanding immediate nuclear disarmament and the end to all war machinery.

Just last month, the US Congress passed an annual military budget of $740 billion, including for the development of weapons of mass destruction. This is while 30 million American workers and their families are suffering from unemployment and deprivation due to the coronavirus pandemic and the government shutting off pittance welfare payments.

The anniversary of Hiroshima and Nagasaki comes as the Trump administration issues ever-more provocative slander against China over the pandemic and other matters that are really not Washington’s business nor remit, especially the subjects of alleged human rights violations or government espionage against citizens.

Washington continues to provoke both Russia and China with ever-expanding plans to deploy intermediate-range missiles near their territories. This only one year after Washington scrapped the Intermediate-range Nuclear Forces (INF) treaty with Moscow.

It is the US side which is threatening to collapse the New START accord, the last-remaining nuclear arms-control treaty with Moscow.

It is the US side which is pushing recklessly ahead with weaponizing outer space while falsely, cynically, accusing Russia and China of doing so, even though the latter have both repeatedly called for a United Nations-backed moratorium on militarizing this domain.

It is the US side which reserves the unilateral “right to first nuclear strike” while Russia and China have declared to only use such weapons as defensive response to attack.

The militarization by Washington and its bellicose policies towards Moscow and Beijing are proof that the criminality of Hiroshima and Nagasaki has never been accounted for.

© REUTERS / US Army
An atomic cloud billows above Hiroshima city following the explosion of the first atomic bomb to be used in warfare in Hiroshima, in this handout photo taken by the US Army on August 6, 1945, and distributed by the Hiroshima Peace Memorial Museum.

The criminality of that genocide remains unacknowledged and ignored by the US ruling system because, evidently, it wants to use that horror as a psychological weapon against others. The psychological weapon being: “We did it before, and we can do it again”. The ultimate “terror card” was played and continues to be played, albeit tacitly.

Contemporary developments and indicators of geopolitical tensions with China and Russia show that Washington is not willing or indeed capable of engaging for mutual peace. It is hellbent on stoking cold war confrontation, even if that confrontation results in hot war. A war with Russia or China would inevitably escalate into a catastrophic nuclear end.

On August 6 and 9, 1945, 75 years ago, the world witnessed two cities despatched to the hell of nuclear annihilation. It is utterly shameful that the nation that perpetrated such an absolute crime remains unapologetic and in denial. But more than that, it is utterly nefarious because the unapologetic logic means it could happen again.