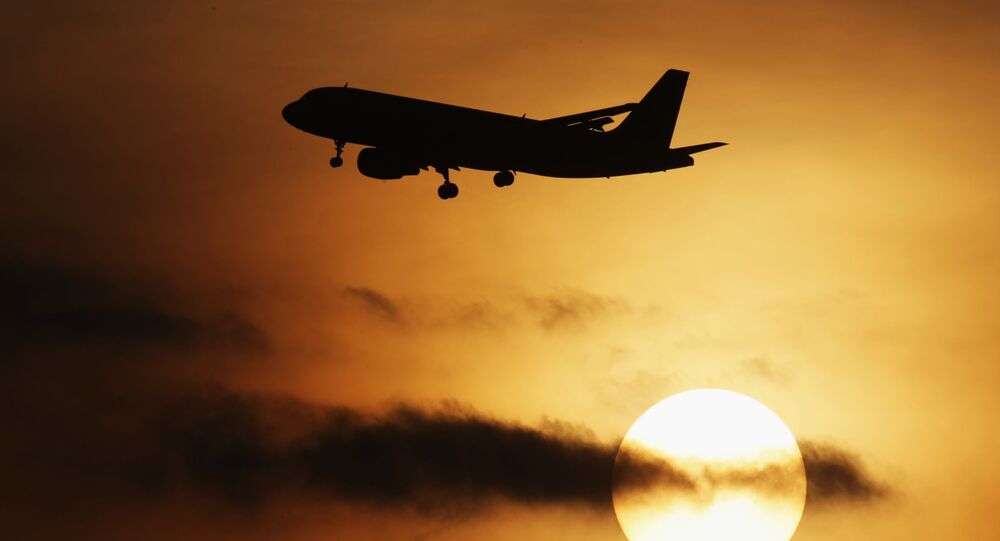 How Low Can Israelis Go?

Not only is Israel bombing neighboring Syria in acts of aggression, the Israeli air force is compounding its criminality by using civilian airliners as cover for their assaults.

That’s the assessment from Russia’s Ministry of Defense which says flight data shows that an air raid by four Israeli F-16 warplanes this week near Damascus deliberately put in danger a civilian airliner with 172 passengers onboard.

Russian MOD spokesman Maj. Gen. Igor Konashenkov said the Israeli jets effectively hid behind the radar signal of an Airbus A-320 as it approached Damascus international airport in order to launch airstrikes on targets near the Syrian capital.

It was only due to the skill of the Syrian air defense operators that the passenger plane was correctly identified and escorted out of the firing line. The aircraft was diverted to a safe landing at the Russian air base at Hmeymim further north at Latakia.

Israel has a cynical policy of neither confirming or denying its forces are conducting offensive operations. So, its side of the story remains ambiguous. However, Israeli commanders have admitted previously to carrying out hundreds of airstrikes on Syrian territory over the past two years.

Russian military spokesman Konashenkov said what happened this week was a “typical” ploy used during recent Israeli air raid maneuvers. He said the Israeli air force was knowingly putting civilians in danger as a “shield” for their offensive operation.

The implications are appalling. Not only is Israel violating international law and Syrian sovereignty by carrying out acts of aggression with airstrikes, the Jewish state is also using civilian aircraft as de facto hostages in mid-air. It appears that the nefarious calculation at work by the Israelis is that they are betting the Syrian air defense systems will refrain from taking defensive action so as to avoid civilian casualties. The Israelis are thus able to freely launch their illegal airstrikes while using human shields in the air.

This is by no means the first time the Israelis have used such a dastardly ploy. Russia claims that in the recent past other civilian airliners have been similarly exploited by Israeli warplanes to enable strikes on Syria.

Also, in September 2018, Moscow accused Israel of deliberately putting a Russian reconnaissance plane in danger which led to the death of 15 crew. On that occasion, Israeli F-16s are believed to have knowingly flown behind the radar signal of an IL-20 aircraft as it approached Hmeymim air base and then fired off missiles at Syrian territory. Syrian air defenses mistook the IL-20 for an enemy target and shot down the recon plane with tragic results.

Israel denied on that occasion that it was using the Russian spy plane as a decoy. The Israelis sought to blame the Syrians for incompetent defense operations. Moscow, however, was having none of the Israeli excuses and condemned Tel Aviv for sacrificing Russian lives. Russia then responded by upgrading allied Syrian air defenses with the S-300 system.

Perhaps that S-300 upgrade was a factor in why the civilian airliner escaped this week from accidental shoot-down by Syrian air defense.

In any case, what needs to be called out is the absolute disgraceful behavior of Israel. It has no right to launch airstrikes on Syria in the first place. Countless such attacks have occurred over recent years. Israeli claims about hitting “Iranian targets” within Syria are null and void and indefensible under international law. Israeli strikes are acts of aggression, plain and simple.

As if that it is not bad enough, now we see Israel using civilian airliners in a cowardly and wicked way as a form of protection so that its warplanes can commit their crimes of aggression.

If any other state were to do this, the Western media would be heaping endless vilification upon it. Any other state would be globally condemned as a rogue, terrorist pariah. The United Nations would be inundated with resolutions to impose severe sanctions.

The double standards with which, say Iran, is treated is dumbfounding.

Another astounding hypocrisy is the way Syria is sanctioned left, right and center by the European Union. The war-torn Arab country is unable to import vital medicines because of EU sanctions. Yet the EU does nothing to reprimand Israel for brazen violations of international law.

The question of “how low can you go?” does not just apply to Israel, but also to the Western news media and Israel’s international political supporters, chiefly the American government.

Russia might also rethink its position vis-a-vis Israel the next time Prime Minister Benjamin Netanyahu wants a reception in Moscow.

Until Israel begins to abide by international law, it should be treated with a cold shoulder. The despicable event this week of endangering a civilian airliner should be seen as the last straw for indulging Israel as if it is a normal state.