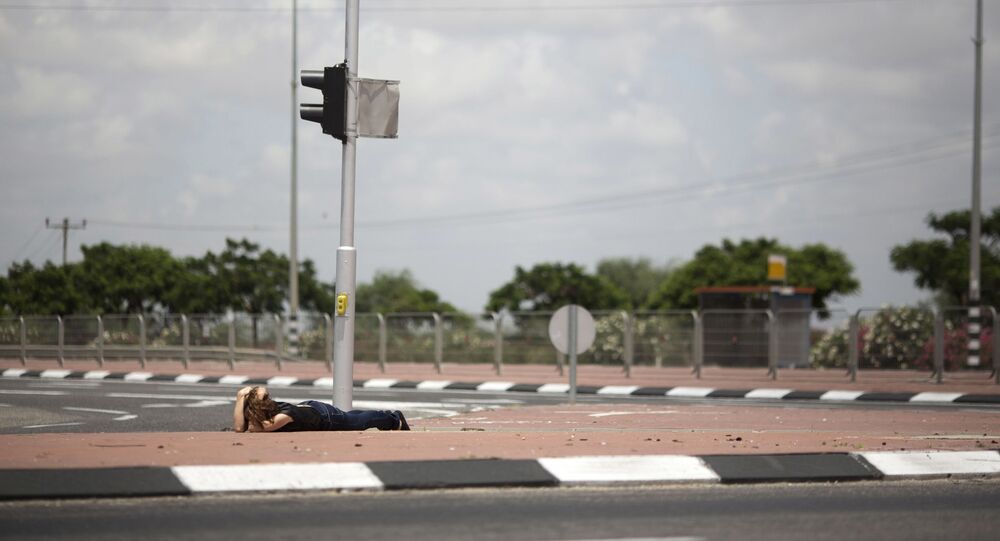 The news comes as the Israeli military announced that it had struck several Hamas positions in the Gaza Strip on Saturday, targeting a weapons production site and a military compound.

The Israel Defence Forces (IDF) have conducted an airstrike against a Hamas outpost in southern Gaza following a rocket launch into Israeli territory.

​According to the IDF's statement, an alert was activated as a rocket was launched at Israel.

The development comes as the Israeli military conducted airstrikes on Saturday against Hamas positions in southern Gaza in response to a series of balloons carrying explosives launched from across the border into Israel.

In recent weeks, four projectiles targeting areas in Israel were launched from Gaza, with two of them striking an open area and the rest being intercepted by the Israeli Iron Dome anti-missile system.

Israel has been consistently laying blame for rocket attacks on Hamas, a Sunni militant organisation which is in control of the Gaza Strip.