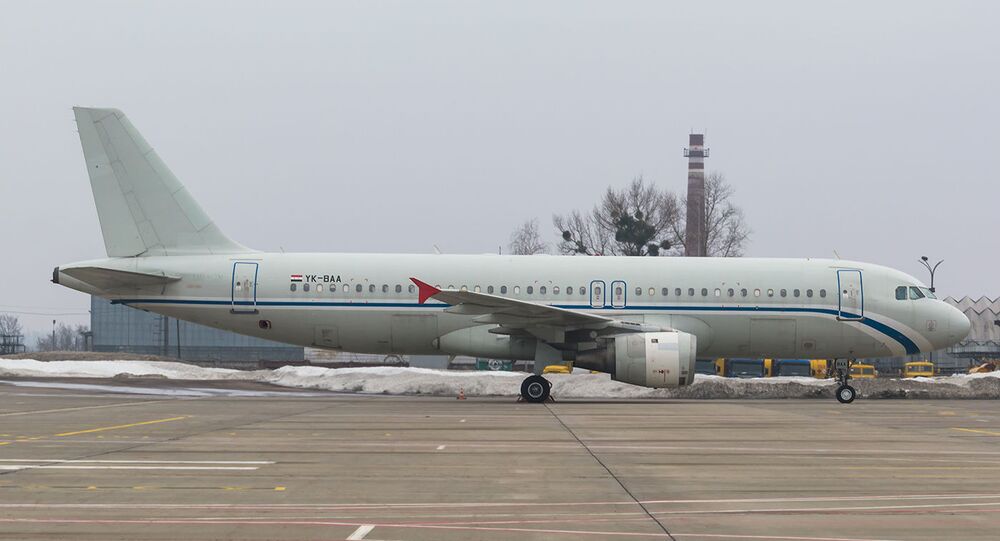 On Friday, the Russian military revealed that a Syrian Cham Wings Airbus A320 with 172 passengers onboard was forced to land at the Russian airbase in Hmeymim to prevent it from being accidentally shot down by Syrian air defences responding to an Israeli missile attack.

The Israeli Air Force’s tactic of hiding behind unarmed and civilian aircraft to try to prevent the Syrian military from staging an effective air defence has become all too common, Lieut. Gen. Valery Gorbenko, former commander of the Russian Air Force’s 4th Air and Air Defence Army, has said.

Earlier, in a statement regarding the Thursday morning missile strikes targeting military facilities in Damascus and Syria’s southwest, Russian Defence Ministry spokesman Maj. Gen. Igor Konashenkov provided new details about the attacks, confirming that they were carried out by four Israeli Air Force F-16s. According to Konashenkov, at the time of the Israeli assault, a Cham Wings Airbus A320 with 172 passengers on board was on approach to land at the Damascus International Airport, and had to be diverted to prevent a possible accidental shootdown by Syrian air defences. Konashenkov stressed that only the quick-thinking of air traffic controllers and the effective functioning of Syria’s automated air traffic control system ensured that the civilian aircraft was able to safely turn around and land at the nearest standby airport, which happened to be the Hmeymim Airbase in Latakia.

“The Israeli military has adopted the tactic of hiding behind unarmed aircraft, including civilian airliners,” Lt. Gen. Gorbenko lamented. “This tactic makes attacks against Syrian targets safe for the Israeli Air Force, since it severely restricts the actions of Syrian air defences afraid of shooting down a passenger plane by mistake. But the moral aspect of the use of such tactics is questionable,” he added.

According to Gorbenko, the fact that Israel chose to time its attack on Damascus with the approach of a passenger plane toward the Syrian capital was almost certainly not a coincidence. “It’s likely that the Israelis knew the timetable and schedule of regular flights in the region, and could have postponed the strikes” if they wanted to, he noted.

The retired general, who served in the Soviet and Russian air forces for over 40 years, suggested that before Israel, no other country in the world could think of using the tactic of hiding behind unarmed aircraft. This was certainly not the case for Russia’s air force, he stressed, noting that such tactics are “absolutely unacceptable.”

Andrei Chuprigin, a senior lecturer at Russia’s Higher School of Economics and specialist on Middle East geopolitics, suggested that so long as Tel Aviv continues to carry out airstrikes against Syria, civilian flights to the country will remain at risk. According to the observer, the close call with the Cham Wings airliner could also be an indication that there are difficulties in coordination efforts between the Russian and Israeli militaries aimed at avoiding precisely these sorts of incidents.

“This is most likely connected to the internal situation inside Israel. [Israeli Prime Minister Benjamin] Netanyahu is trying to win the next election, and his plans for victory include projecting a ‘tough’ foreign policy - against Iran, against Hezbollah, against Syria,” Chuprigin noted.

Instead of Bombing, Try Negotiating

Oleg Morozov, a Russian senator and member of the Senate Committee on Foreign Policy, said that instead of attacking Syria and endangering the lives of completely innocent people, Israel should look for political solutions to its problems. Otherwise, he warned, the risk of tragic accidents will only grow.

“When military operations are taking place in a region, there is always the risk of a situation taking place which threaten people’s safety. This is what happened with the Ukrainian airliner [in Iran], which of course nobody deliberately sought to shoot down. The same thing could have happened during this latest Israeli missile attack on Damascus,” Morozov said.

According to the senator, Israel’s justification for attacking Syria, which includes combating an alleged Iranian proxy presence in the Arab Republic, does not give them the right to endanger civilian lives. “Russia's approach is simple: before firing, look for political solutions which are mutually acceptable,” he stressed.

Eight Syrian troops were injured and some material damage was caused as a result of Thursday morning’s airstrikes on Damascus and targets in southwestern Syria. According to the Syrian military, the attacks were launched from the Golan Heights (a part of which have been occupied by Israel since 1967), and from airspace in southern Lebanon, which the Israeli Air Force regularly uses to launch missiles toward Syria.

In recent years, Israel has conducted hundreds of airstrikes against its northern neighbour. In September 2018, Syrian air defences accidentally shot down a Russian Il-20 reconnaissance plane with 15 servicemen onboard during an Israeli attack on Latakia. Following an investigation, Russia’s MoD concluded that Israeli F-16s appeared to deliberately hide behind the Russian plane, using it as a shield to prevent a Syrian retaliation. Tel Aviv maintains that Syria was responsible for the incident. In October 2018, the Russian military provided Syria with a batch of S-300 air defence systems, and the number of Israeli attacks against the country has declined somewhat since then.

Israel rarely comments on its military operations abroad, and declined to confirm its involvement in Thursday’s strike, or comment on Maj. Gen. Konashenkov’s Friday statement.