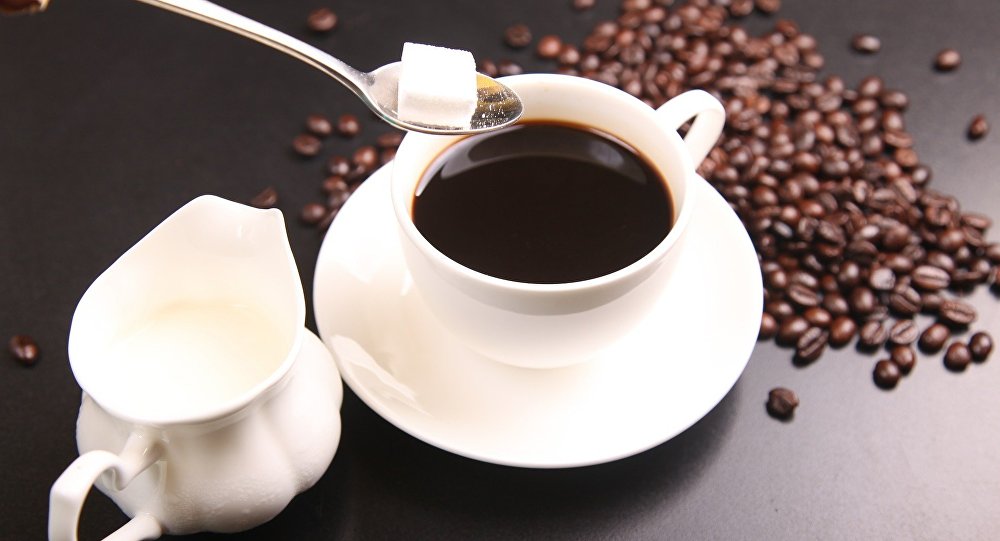 Sugar is the New Tobacco

Sugar is the new tobacco and is killing millions of people worldwide.

Cancer Research UK is bang on the money to launch shock tactic posters to tell people that obesity is a major cause of cancer, and overweight people who are saying it is fat shaming need to shut their lardy cake holes.

And I say this as someone who was morbidly obese and on the fast road to an early grave and someone who is still overweight. But I have and am doing something about my situation and actually exercising more than just my jaw.

I heard one fat woman on a national radio show saying, “obesity is nothing like smoking as we can choose to smoke but we have to eat.” She is half right, we do need to eat but we can choose what we put in our mouths surely? There has to be an element of personal responsibility.

I have cut all sugar from my diet and I eat a Low Carbohydrate High Fat (LCHF) way and the weight has dropped off me and I have never felt better. In fact, this style of eating combined with gentle walking has also reversed my Type 2 diabetes, cured my gout, lifted my mood and even cured my erectile dysfunction. Now I have got your attention haven’t I lads?

But being serious, this style of eating has completely changed my life and I am now off all meds. And it is not just me, millions of people around the globe are now eating this way and, in a sense, curing themselves.

The results speak for themselves and in my case it led me to set up a website to help other people who, just like me, were essentially sugar addicts waiting to die.

It has been the most rewarding thing I have ever done in my life and it is a disgrace that Low Carb High Fat diets have not been utilised in the treatment of obesity and Type 2 diabetes.

I educated myself about nutrition via the internet; and instead of debates on TV about whether sugar taxes are sin taxes or phone ins about whether these posters are an example of fat shaming, what we actually need is for governments to start educating people in nutrition and stop being in the pay of Big Food and big sugar in particular. Governments need to be ‘fat shamed’ more than individual fatties.

But don’t hold your breath because it isn’t just Boris who has made a complete hash of this subject. His rival to be our next PM, Jeremy Hunt, when he was the Health Secretary in 2017 stood on stage at the Tory conference in Manchester and declared that childhood obesity was a “national emergency”. However, the stinking hypocrite had his conference lanyard around his neck which had the conference’s sponsors name on, which was Tate and Lyle! No wonder some journalists and broadcasters get his surname wrong! 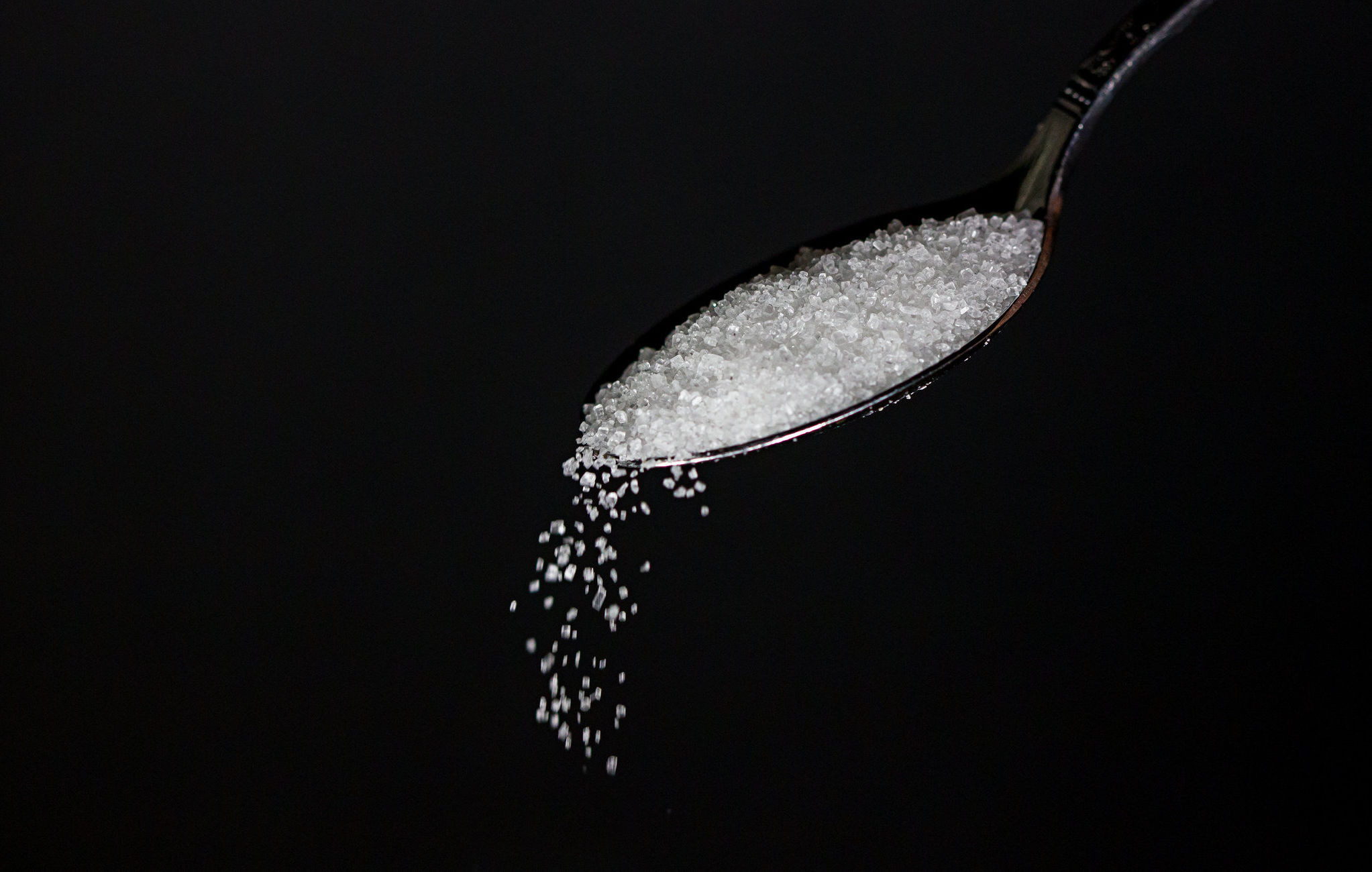 This is the heart of the problem, the sugar lobby is too powerful not only here in the UK but around the globe. One of the main contributors to the worldwide diabesity epidemic was the invention of corn syrup in 1957 as a cheaper replacement for cane sugar.

His syrup, which is in all fizzy drinks, is almost pure glucose and is actually sweeter than sugar and it is this that fuelled the soda revolution and the large cups and free refills that helped create not only childhood obesity but the obesity epidemic we are now experiencing. This is now being added to most of the ultra-processed food that is on sale in our supermarkets and when combined with the tsunami of junk food outlets that planners have allowed to open it is no wonder we as an island are almost sinking under our own collective weight. The corn lobby is massively influential and it is said that no US President would ever take them on. Again, I ask, who should be ‘Fat shamed’?

Big Food aided and abetted by ‘corrupt’ or over ‘lobbied’ Western Governments have pushed the myth that sugary drinks, crisps and junk food, eaten as part of a well-balanced diet combined with exercise, are not really a problem.

They have sold the lie that it is all about calories in verses calories out and that exercise is the answer.

But the simple plain facts are, as Professor Tim Noakes says, “You cannot out run a bad diet” In fact, in simple terms, you would have to run 35 miles to lose a pound of body fat and that is undeniable.

This myth or pure propaganda helps support the idea that those people who are obese or Type 2 diabetic are gluttons and have brought these terrible diseases purely upon themselves.

Do you think they sponsor out of the goodness of their hearts or do they do it to gain market share and get us hooked on their sugary, addictive products?!

Both sports, which despite the apocalyptic bleating of their fans and governing bodies, did not disappear as a result of this sponsorship being removed.

However, the great irony of course, is that Red Bull and Monster drinks still sponsor the Red Bull racing team and our own world champion Lewis Hamilton.

These drinks are like a sugar ‘poison’ and contain at least 21 teaspoons of sugar in a single can.

The recommended daily intake for an adult is only 7 teaspoons of sugar in a whole day!

Lewis Hamilton should hang his head in shame, does he really need the cash? And Red Bull should be banned from having a Formula one team just as Coke and Macdonald’s should be banned from sponsoring any sport. Gary Lineker is another who seems unable to survive on his £1.7 MILLION pounds off the BBC and is little better than a drugs pusher when he promotes crisps.

These are the organisations and the individuals who should be ‘Fat shamed’ as they are the ‘pushers’ who are really causing the obesity and Type 2 diabetes epidemic that is not only engulfing the UK but the whole globe.

But it also governments who should hang their heads in shame and be fat shamed too.

Why do they allow food manufacturers to put this excessive amount of sugar in their products?

If the Government is telling us, the individual, to cut sugar and recommends no more than 7 teaspoons a day why are Coca Cola and other sugary drinks manufacturers allowed to exceed that in a single can?

Now that we have evidence that excessive sugar is linked not only to Type 2 diabetes but cancers, heart diseases, strokes, high blood pressure and even dementia according to the Alzheimer’s society, why are these products still being manufactured?

Please don’t give me that ‘personal choice BS’ either because for many there is no choice. Sugar is an addictive substance and governments and manufacturers know it is and they want us hooked.

Some scientists even believe that sugar is as addictive as class A drugs like cocaine and even heroin.

A study, published in 2017, in the British Journal of Sports Medicine, stated, “Consuming sugar produces effects similar to that of cocaine, altering mood, possibly through its ability to induce reward and pleasure, leading to the seeking out of sugar.”

Don’t believe me? Well think again, as you head to the biscuit tin at eleven after having a breakfast based on sugary cereals and sugar laden fruit juice.

That is your blood sugar spiking and crashing and you having to feed your “habit”.

As Gary Taubes says in his brilliant book, The Case against Sugar, “Sugar does induce the same responses in the region of the brain known as the “reward centre” as do nicotine, cocaine, heroin, and alcohol addiction.”

The British nutritionist, John Yudkin warned us in the sixties that sugar was killing us and he was ridiculed and ostracized by the medical establishment. He also believed in eating a Low Carbohydrate diet and that sugar was a contributor to obesity, diabetes and heart attacks.

Sugar has no nutritional value at all but according to Gary Taubes, “We now eat in two weeks the amount of sugar our ancestors of 200 years ago ate in a whole year.”

So, when politicians and columnists talk about people needing to move more or kids need to get out more and away from their computers of Play Stations it makes me want to scream. We live in an ocean of sugar.

You think I am being over the top? Well let’s look at the facts. There are 4.5 Million Type 2 diabetics and more than 6 in 10 of us Brits are obese or overweight.

In the USA the figures are that over 120 million people are either Type 2 diabetics or pre-diabetic.

Governments were too slow to act on tobacco but the sugar scandal will be even bigger because this is product directly aimed at kids.

This is why Governmental intervention is essential and why shock tactics like these posters are necessary but we also need to ‘fat shame’ manufacturers, celebrity sugar pushers and indeed Governments too.

Parisians Mixed About High Cigarette Prices Ahead of No Tobacco Day