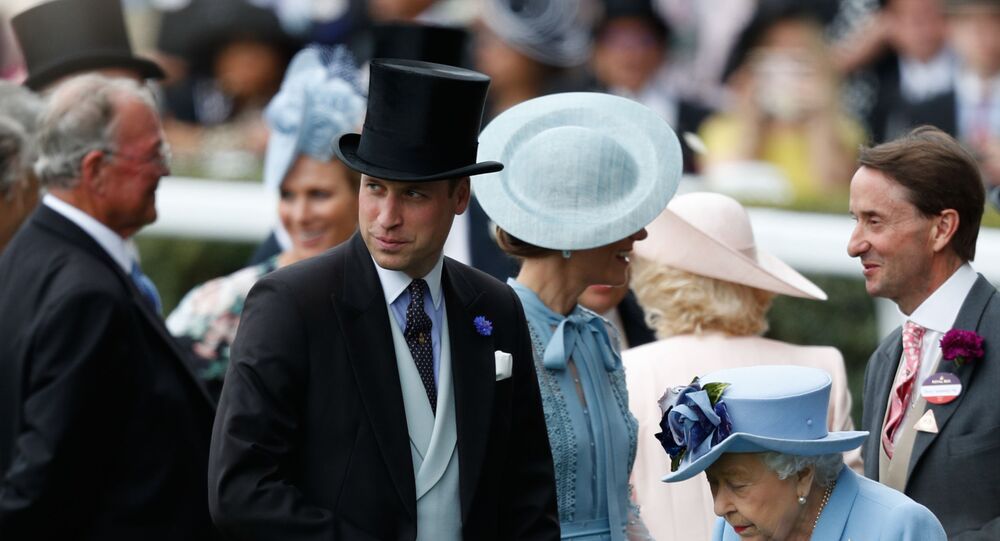 For good reason, it's been called 'The Olympics of Flat racing'. Five days of the very top class action featuring the world's best horses. With strength in depth in all of the thirty races, Royal Ascot, which starts on Tuesday, can be a veritable minefield for punters but bearing in mind certain key factors can help tilt the odds in our favour.

First, there's no form quite like Royal Ascot form. Horses that have won or ran well at the meeting before tend to do so again.

Second, look at the record of trainers in particular races.

Sir Michael Stoute has farmed Saturday's Hardwicke Stakes, winning it eight times in the last 13 years and four times in the last five. Aidan O'Brien has won Tuesday's Coventry Stakes eight times. Willie Mullins has won the Ascot Handicap four times in the last seven years, John Gosden has had four Wolferton wins since 2012. Incredibly, just three trainers, Aidan O'Brien, Mark Johnston and Sir Michael Stoute have won Wednesday's Queen's Vase seventeen times between them since 1998, with O'Brien or Johnston winning 11 of the last 14 runnings. Between them, Gordon Elliott and Mark Johnston have won the last four runnings of the Queen Alexandra Stakes, which brings Royal Ascot to an end on Saturday.

Third, remember that favourites or horses in the top three in the betting generally do well in the Group 1 and 2 races, (for example, the favourite has won eight of the last twelve runnings of the Gold Cup), while in the Windsor Castle Stakes (average SP of 20-1 in the last 11 years), and some of the handicaps it often pays to look beyond the obvious.

Now let's take a day-by-day look at the action

DAY ONE (Tuesday) features three Group One contests. Aidan O'Brien's Arizona looks a worthy market leader in the Coventry (3.05), while Mabs Cross could provide some each-way value in the King's Stand (3.40). The Northern raider was a close-up third in this race last year and going conditions this time round look more suitable, particularly if the thunderstorms arrive.
Phoenix of Spain was a really impressive winner of the Irish 2000 Guineas last time and should go well again in the St James's Palace (4.20), while French 2000 Guineas runner-up Shaman has each-way possibilities.

Given Willie Mullins' record in the race, you can't write off Buildmeupbuttercup in the Ascot Stakes (5.000 despite his unimpressive form figures; two others for the short-list are Gordon Elliott's Mengli Khan and from an each-way perspective Kerosin, one of only three last time out winners in the field. John Gosden is the go-to man in the Wolferton (5.35) and so Star of Bengal has to be given serious consideration along with previous Royal Ascot winner Magic Wand.

Given his record in the race, the Mark Johnston-duo Nayef Road and Themaxwecan are worth an each-way interest in the Queen's Vase (3.05). Crystal Ocean, a winner at the meeting last year, could grab his first Group 1 success in the Prince of Wales's (3.40), whiles Threading, second behind Alpha Centauri last year, looks an interesting contender in the Duke of Cambridge (4.20). The Royal Hunt Cup (5.00) is fiendishly difficult but the consistent Kynren, second at the track last time out, could reward each-way support.

Last year's winner Stradivarius, the mount of Frankie Dettori, is the one they all have to beat in the feature race of the day, the Gold Cup. Very consistent French raider Called to The Bar makes some each-way appeal at 16-1. Pogo, a good winner at Newmarket the time before last makes some appeal in the Britannia (5.00).

Frankie Dettori teamed up with trainer Simon Crisford to win the opener on Thursday and the combo could strike again with Last Surprise, a comfortable winner at Lingfield on her debut, in the Albany Stakes (2.30). Roger Varian won this is 2014 and his runner Daahyeh, who beat subsequent Queen Mary winner Raffle Prize last time, is respected. Bearing in mind the stable's record in the race (three wins since 2004), the Richard Hannon-pair Kemble and Separate are also worth each-way consideration, while Lil Grey in stall 25, could outperform her odds.

Derby-third Japan is the 5-4 favourite in the King Edward VII Stakes (3.05), but while he has an obvious chance,  there's only been one winning favourite in this since 2006 so there might be better value elsewhere. John Gosden has a much better record than Aidan O'Brien in this, with three wins since 2005, so Private Secretary, with Frankie Dettori in the saddle, makes plenty of appeal.

Favourite Hermosa looks solid in the Coronation Stakes (4.20) a race in which market leaders have a good recent record, though the way he's been riding you'd have to also consider an each-way interest in Frankie Dettori's mount Twist N'Shake, even though she is stepping up in class here.

Trainer Hughie Morrison has won the Duke of Edinburgh Stakes (5.35) three times since 2003, and Morrison and fellow trainer Mark Johnston have between them landed the race four times in the last ten years. So two to pay close attention to, are Morrison's Corgi and Johnston's Baghdad, particularly since they both ran very well over course and distance at the meeting last year. Baghdad beat Corgi by a neck in King George V, but Corgi is 3lbs better off with his rival today, so could exact revenge.

Lope Y Fernandez, whose trainer Aidan O'Brien has won the Chesham Stakes (2.30) in two of the last three years, could be hard to beat in the opener; trainer Paul Cole has also won this three times and had a horse placed at 25-1 in the race one year ago, so his representative Highland Chief could reward each-way support.

Space Blues is much respected in the Jersey (3.05), last year's Chesham third, Duke of Hazzard, could be overpriced at 50-1 from an each-way perspective.

Trainer Sir Michael Stoute has won the Hardwicke (3.40) in three of the last four years and six times in the last nine years, so his runner this year, Mirage Dancer, currently around the 4-1 mark, makes plenty of appeal. The last Czech runner in a Group race at Ascot, Subway Dancer, provided us with a great each-way return in October (he was available at odds of 250-1 on the morning of the race) and fellow Czech raider Nagano Gold, who does have some decent form in France, could also be overpriced at 66-1 and warrants a small each-way investment.

Invincible Army may not be 'invincible', but he holds strong claims in the Diamond Jubilee (4.20), while last year's winner Pallasator can go well again in the Queen Alexandra (5.35).

The 29-runner six furlong Wokingham (5.00) looks as fiendishly difficult as ever, but four against the field to back each-way (with a bookie who gives at least six places), are Victoria Cup winner Cape Byron, Frankie Dettori's mount Danzeno, who was fifth in 2017, Tis Marvellous (a close-up fourth last year), and 50-1 shot Lake Volta, who was leading at the 6f point in the Victoria Cup.