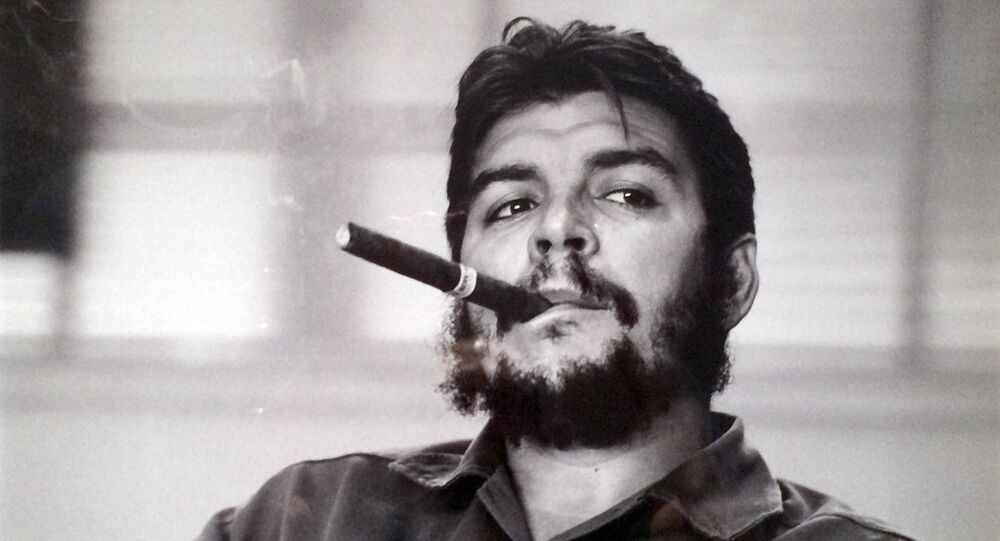 Those were the last words of a revolutionary who more than any other epitomises the truism that ‘you may kill the dreamer but you can never kill the dream’. Che Guevara’s life was snuffed out by a semi-automatic rifle held at point blank range that riddled his already wounded body with bullets at approximately 1.10pm on October 9th, 1967.

Che had been shot twice in his leg and captured the previous day in La Higuera, Vallegrande, high in the hills of Bolivia. He was held captive in a schoolhouse and tied up like a dog. He was asked to sit in a chair to be executed but refused. He preferred to stand and stare his executioner in the eyes as he shot him. Apparently, the initial round of bullets entered his arms and legs forcing him to the ground whereupon he bit his own wrist to prevent himself squealing out with pain. The Soldier fired again and a bullet entered his thorax filling his lungs with blood and extinguishing his life. Che was only 39 years of age but he died as he lived, with great honour and courage. He had an unquenchable thirst for justice for the dispossessed and raged against poverty and obscene inequality throughout his life.

© AP Photo
'Can't Last Over Two Months': JFK Files Reveal CIA Efforts to Kill Castro
The detailed notes of one of the senior Bolivian army officers, Lieutenant Colonel Selich, are very instructive for anyone who wants to know who Che Guevara was and what he stood for. Trying to elicit information from Che about other guerrilla fighters not yet captured Selich said:

“I understand Benigno (one of Che’s comrades) is gravely wounded since the [September 26] La Higuera battle, where Coco and the others died. Can you tell me, Commandante, if he is still alive?”

“Colonel, I have a very bad memory, I don’t remember [and] don’t even know how to respond to your question”.

Che was born in Argentina to parents with Irish connections but travelled across Latin America and witnessed himself the poverty, hunger and super exploitation of the poor and the peasants which seared into his heart a desire and determination to fight with the oppressed against the oppressors. He met Fidel Castro in Mexico in 1955 and joined his ‘July 26th Movement’ which was dedicated to the liberation of Cuba from the Jackboot brutality and authoritarianism of the Military leader Fulgencio Batista who ruled the island with the support of and in hoc to the United States of America. Che joined Fidel on the Granma boat from Mexico in 1956 to assist in the Cuban revolution. As a former medical school student he initially travelled as a medic but in the heat of battle he soon proved to be an exemplary soldier, guerrilla and leader. He played a pivotal role in the successful Cuban revolution and was hailed a co-leader alongside Fidel when they triumphantly entered Havana on 1ST January 1959 to begin the construction of a new, fairer, more equal and ultimately socialist Cuba.

Che was born in Argentina but fought with the Cubans and was now captured while fighting in Bolivia. Hence the sarcastic question from Lieutenant Colonel Selich. Che’s response epitomises the visionary he was and serves as a guide for all those who seek a better and fairer world:

“I am Cuban, Argentine, Bolivian, Peruvian, Ecuadorian, etc … You understand?”

(Selich) “What made you decide to operate in our country?”

(Che) “Can’t you see the state in which the peasants live? They are almost like savages, living in a state of poverty that depresses the heart, having only one room in which to sleep and cook and no clothing to wear, abandoned like animals…”

This conversation took place in the early hours of 9th October 1967 when Che knew for certain he would soon be executed. Despite his bullet wounds from the previous day’s battle and the fact he was staring death in the face he was still able and willing to articulate his socialist and humanist vision of a better and fairer world. Critics can pontificate from the comfort of their academic offices about the strategic weaknesses of Che’s attempt to export revolutionary struggle and attempt in Bolivia the type of struggle which was successful in Cuba. Sure we can reflect in leisure and perhaps agree that each country will follow its own path to liberation according to their traditions, culture, constitution, conditions and events. No two countries will ever have the same revolution. Similarities are inevitable but there are no guaranteed revolutionary tablets of stone. But such discussion is secondary on this day for today we remember and pay our respects to a revolutionary who became a legend.

READ MORE: Immortalized in Hearts of People 50 Years Ago: The Kind of Man Che Guevara Was

The CIA and Bolivian army chiefs who celebrated when they assassinated the wounded and defenceless Che Guevera did not know that he would become even more powerful in death than life. His speeches, writings and spirit continue to inspire the young and oppressed across the world to ‘fight the power’ and rage against injustice.

Eleven years ago in 2007 a story emerged which epitomised the humanitarian and socialist vision of Che Guevera and justified his heroic sacrifice to the cause. Across the world the name Che Guevara is instantly recognised but who has heard of Mario Teran? It was he whom Guevera spoke his last words to for it was Mario Teran who shot and killed Che. This Bolivian army sergeant killed a hero of Cuba yet four decades later this same man’s son wrote to a Bolivian newspaper and thanked Cuba with all his heart for allowing his father the miracle of sight again after he had become blinded with cataracts and was denied the delight of seeing his grandchildren.

© RIA Novosti . RIA Novosti
Che Forever! Cuban Software Devs Create App in Revolutionary's Honor
The socialist trained doctors of Cuba, financed by socialist Venezuela, operated on Mario Teran and restored his sight. What a triumph for the revolution Che helped lead and the cause and ideals he dedicated his adult life to.

Mr. Teran was treated under Operation Miracle, a Venezuelan funded medical programme staffed by Cuban doctors which offers free eye treatment to poor people across Latin America. How proud Che would have been of the doctors, the programme and the dignity of his beloved Cuba willing to set aside Mario Teran’s misdemeanor in pursuit of doing the right thing. The official newspaper of the Cuban Communist Party is called the Granma after the name of the boat which brought Che, Fidel and the other revolutionaries from Mexico to Cuba in 1956 to begin the Cuban revolution. That actual boat is on display in the Cuban Museum of Revolution in Havana. I know because I have visited it five times. Here is how the Granma newspaper reported the sight-restoring treatment given to Mario Teran:

“Four decades after Mario Teran attempted to destroy a dream and an idea, Che returns to win yet another battle. Now an old man he [Teran] can once again appreciate the colors of the sky and the forest, enjoy the smiles of his grandchildren and watch football games.”

In 2018 socialist Cuba and Venezuela are still subjected to illegal and immoral trade sanctions and economic embargos by the Rogue Nation which is the U.S. But in spite of the barriers, they still display international human solidarity in a way unmatched by richer free market nations. Venezuela is in the midst of serious economic difficulties engineered by the U.S. to destabilize the country but still, they assist the victims of natural disasters in Indonesia. While Cuba in the face of U.S. aggression still manages to continue its incredible medical aid and international solidarity programmes.

Che Guevera died on this day 51 years ago but his spirit, ideals and dreams are still very much alive and kicking. I salute you Commandante Che Guevera.