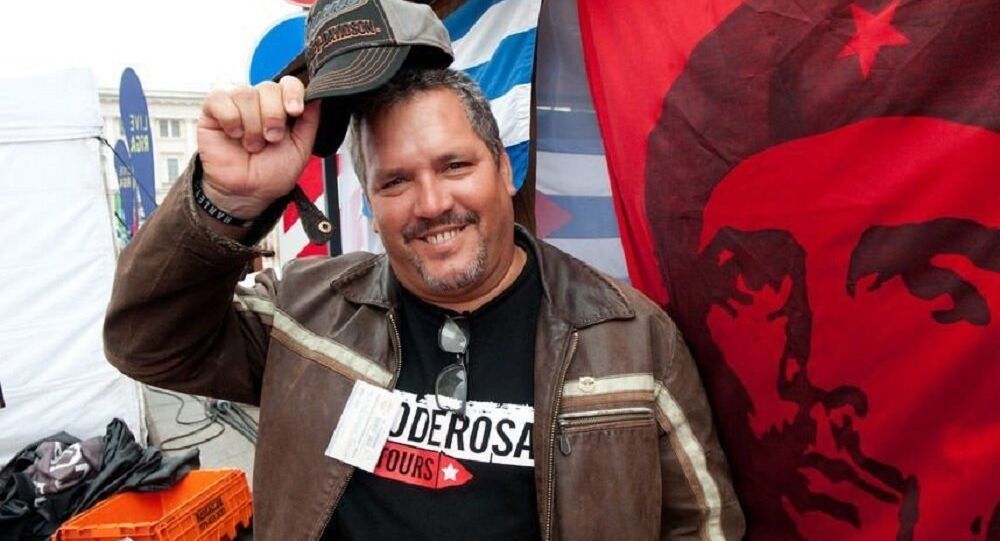 MOSCOW (Sputnik) - Ernesto Guevara, the youngest son of Cuban revolutionary Che Guevara who recently visited Moscow and made a trip across Crimea, has pointed out the peninsula’s extremely promising prospects and dismissed Ukraine’s sanctions against those traveling to Crimea, expressing hope for the rebuilding of relations between the two nations.

Guevara, 53, received a law degree in the Soviet Union in the 1980s. Currently, he is engaged in the development of Cuba's tourism industry. Back in 2010, Guevara founded an agency which specialized in motorcycle tourism to attract bikers from across the world to the island.

Last week, he attended an opening ceremony for the exhibition "Ernesto Che Guevara. Path of Freedom" in Simferopol, after which he made a trip across the peninsula. On Monday, he participated as a guest of honor in the opening of another exhibition commemorating his father’s legacy in Moscow.

"It was super interesting! We have visited Sevastopol and, another [Crimean] city, … Simferopol … I think it is vital that as many as possible people from Russia come here and support Crimeans, since it is indeed Russian land! And one should clearly realize it. Since this land has such a great history – from the Greeks who discovered this land to its further development. I have just fallen in love with these two cities we have visited. Both are of magnificent beauty," he said.

Guevara also remarked on how Crimea had excellent potential for development, and drew parallels between the peninsula and Cuba.

"Active life and rapid development. You will see that much progress will be made in tourism … Here, there is a huge potential for development of high-quality tourism, specialized tourism – just like in Cuba where we are developing motorcycle tourism … Interestingly, people here also call their land island – the ‘Island of Freedom.’ I applaud everything that serves for the benefit of Crimea," he noted.

When asked to comment on being blacklisted on Ukrainian website Mirotvorets, which is known for revealing personal information of people who are considered to be "enemies of Ukraine," over his visit to Crimea, Guevara dismissed the situation as senseless. He said that he viewed Crimea as part of Russia and hoped that relations between the two brotherly nations would normalize.

​​"It is simply idiocy. In my view, it is part of Russian territory and will always be, nothing more. Basically, it is the issue of [Russian]-Ukrainian relations. I am convinced that this issue will be settled at some time in future, I do not know when but it will be settled. Since what we are witnessing now has no sense whatsoever. [The Ukrainian authorities] are [effectively] putting their country up for sale to foreigners, the United States, anyone who is ready to pay. Ultimately, it leads to the weakening of Ukraine," he pointed out.

In conclusion, Guevara stressed the brotherly nature of Havana-Moscow relations, and invited the Russian people to visit Cuba to see how the nation was seeking to preserve and build on its model of socialism.