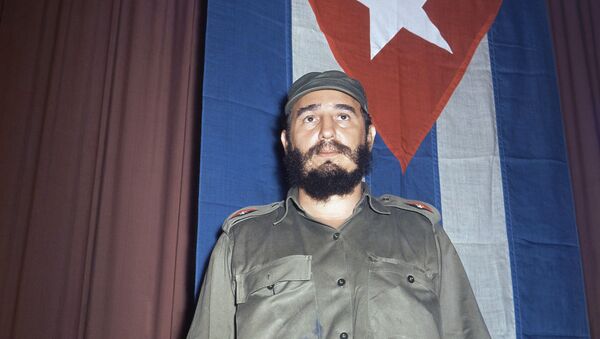 The latest dump of newly-declassified documents relating to the assassination of John F. Kennedy has sent researchers and journalists into a frenzy - but among the more interesting releases are files relating to the US Central Intelligence Agency's long-running campaign to assassinate Fidel Castro.

Over the course of his 49-year-long reign (1959-2008), Fabian Escalante, retired chief of Cuban counterintelligence, estimates the agency targeted him on no fewer than 638 separate occasions: 38 times under President Dwight Eisenhower, 42 under John F. Kennedy, 72 under Lyndon B. Johnson, 184 under Richard Nixon, 64 under Jimmy Carter, 197 under Ronald Reagan, 16 under George H. W. Bush and 21 under Bill Clinton. 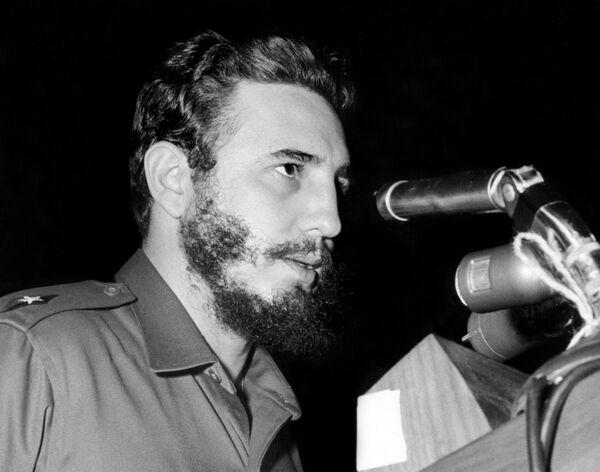 Cuban Prime Secretary of the Cuban Communist party and President of the State Council Fidel Castro addresses delegates of the General Assembly of the United Nations, 26 September 1960 in New York
© AFP 2022 / TOMMY WEBER

However, the newly-released trove of previously classified documents relating to the assassination of John F. Kennedy have shed new light on some notorious schemes — and indicate Escalante's estimate may have been incorrect.

One document summarizes the CIA's infamous plan to use James B. Donovan — the US lawyer and negotiator recently immortalized by the movie "Bridge of Spies" — to give Castro a contaminated diving suit as a gift, while the two negotiated the release of Bay of Pigs prisoners.

"It is known Castro likes to skindive. The plan is to dust the inside of the suit with a fungus producing madera foot, a disabling and chronic skin disease, and also contaminating the suit with tuberculosis bacilli in the breathing apparatus," the paper said.

Donovan didn't go through it, giving El Caballo an uncontaminated suit as a genuine gesture of friendship instead.

Another notorious plot documented in the files involved a "booby-trap seashell" that would be submerged in an area Castro liked to dive in — the eye-catching shell was to be loaded with explosives, and detonate once lifted. However, after investigation, it was determined "there was no shell in the Caribbean area large enough to hold a sufficient amount of explosive, which would be spectacular enough to attract the attention of Castro."

Surprise: How CIA Agents in Cuba Turned Out to be Castro’s Intelligence Officers
Another scheme involved a CIA agent in Cuba who was in the process recruiting a high-ranking Cuban government official in 1963.

The pair coincidentally met in Europe on the day of JFK's assassination, and the agent offered the would-be recruit a ballpoint pen equipped with a hypodermic needle — when the pen's lever was pushed, "[a] needle came out and poison could be injected into someone."

The offer was turned down, because it would have required the killer to get too close to Castro, removing all chances of escape.

One 1975 document describes an early-1960s CIA scheme, "Operation BOUNTY," that established a system of financial rewards for Cubans who "[killed or delivered] alive known Communists."

The CIA let Cubans know of the plan by dropping leaflets in the air, which stipulated the rules around Castroite bounty hunting — rewards would be paid upon presentation of a leaflet, along with "conclusive" proof of death, and the victim's Communist party membership card.

Cubans would receive an amount commensurate with the ranking of the Communist they'd slain — up to US$100,000 for government officials and US$57,500 for "department heads." However, Castro's capture or execution, for reasons unclear, would only earn the perpetrator a measly two cents.

Evidently though, perhaps due to the Castro's continued existence, it was decided in 1964 (according to an FBI memo) to offer Sicilian-American gangster Sam Giancana US$150,000 to hire "some gunman to go into Cuba" and kill the leader.

However, it was later felt the price was too high, with sums being reduced to US$100,000 for Fidel, and US$20,000 apiece for the metaphorical heads of Raul Castro and Che Guevara. 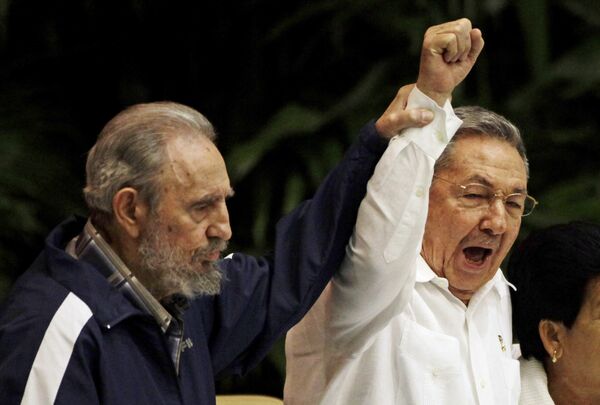 Viral
The Top Five Most Intriguing JFK Assassination Conspiracy Theories
He was outraged at the deal, as he was attempting to prosecute Giancana, and demanded the CIA "never undertake the use of mafia people again" without first checking with the Department of Justice, because "t would be difficult to prosecute such people in the future."

It's not merely in the field of assassination the CIA failed.

Some of the files, dating to the early days of the revolution in 1959, suggest Castro's government is not long for the world.

One document from June that year predicts an impending uprising against El Commandante.

"Conditions are getting so bad in Cuba a counterrevolution will occur from within Cuba… powerful interests, such as bankers, sugar institute, et cetera, are extremely dissatisfied," the memo reads.

Another document from September, this time authored by the FBI, suggests Cuban exiles in the US are so determined to get rid of Castro he "cannot last more than two months."