While administration officials continue to resign and more are called to testify, US President Donald Trump is asserting to everyone that he will remain cool, calm and noncompliant against the Democrats’ “Witch Hunt hearings” until a full House of Representatives vote authorizes the impeachment inquiry. 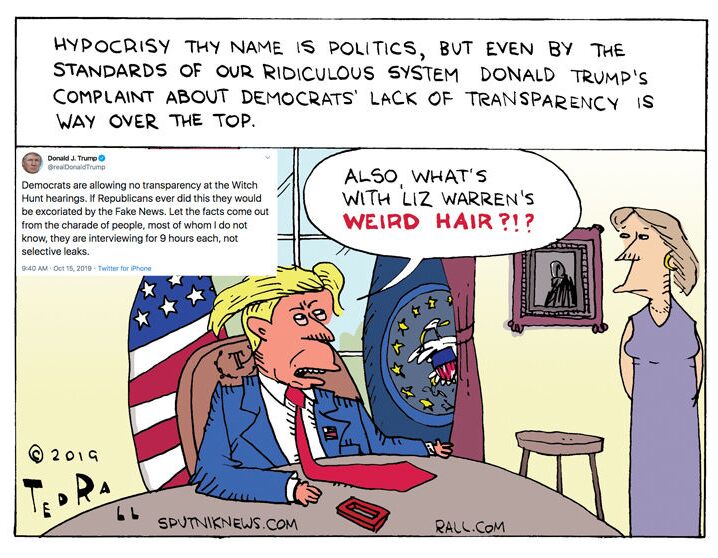 Trump, the US president who may have gone to great lengths to hide everything from his high school report card to tax returns from the American people, is now calling for transparency from the Democrats amid his impeachment inquiry.

When asked about the the so-called partisan impeachment process, House Speaker Nancy Pelosi informed reporters during a Tuesday afternoon press conference that she would discuss a full House vote with her colleagues later that evening.