On Thursday, US President Donald Trump took to Twitter to announce White House Press Secretary Sarah Sanders’ resignation and decision to move back to Arkansas. The president had kind words for Sanders and her “extraordinary talents,” but who will be next at the podium? 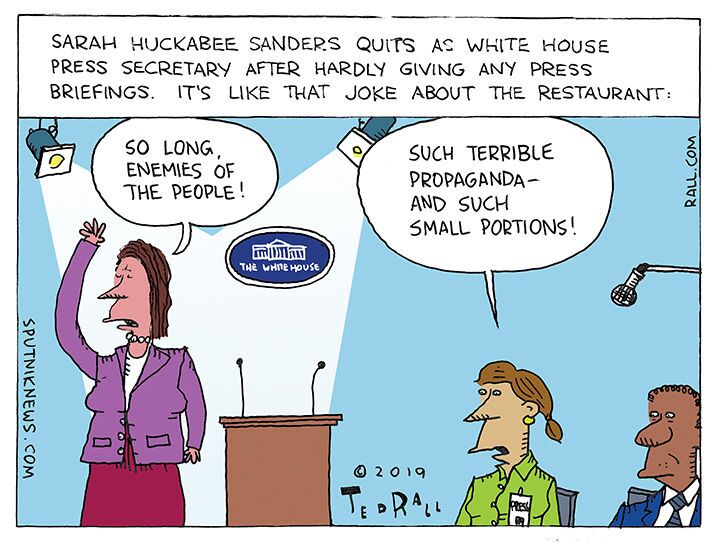 The president who once boasted that he surrounds himself with “the best” people is facing yet another instance of having to select a new staffer following Sanders’ recently announced resignation.

According to Fox News, arguably one of Trump’s most favorite news channels, a source “close to the White House” revealed First Lady Melania Trump’s spokesperson Stephanie Grisham, former State Department spokesperson Heather Nauert and Deputy Press Secretary Hogan Gidley are all up for the position once held by Sanders and Sean Spicer under the Trump administration.

However, when asked about whom he had in mind for the position, the US president remained tight-lipped.

“I have a lot of people that want it - a lot of great people - and sometimes you have so many that it makes it more difficult,” Trump told “Fox and Friends” Friday morning.

Could it be that Trump is trying to save face in case there’s limited interest in the job, or does 45 actually have an extended list of people itching to take on the media from the press secretary podium?