US President Donald Trump’s Sunday tweet announcing the resignation of US Homeland Security Secretary Kirstjen Nielsen and assumption of her position by the current Customs and Border commissioner has left many speculating if Washington has now appointed a more aggressive official. 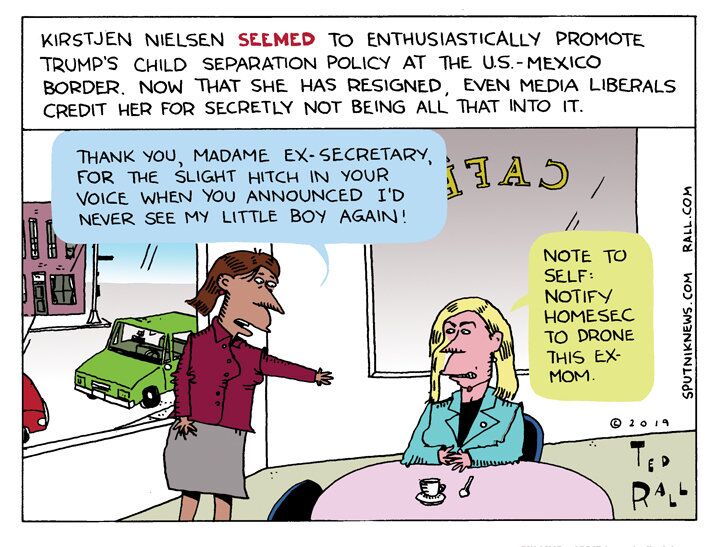 Following Trump's presidential tweet concerning Nielsen's resignation, Nielsen released her own statement discussing her involvement in the DHS since assuming the position in December 2017.

One individual changing her tone or sending Nielsen the slightest semblance of praise happens to be Minnesota Rep. Ilhan Omar, who has also not been one to hold her tongue on social media.

Kirstjen Nielsen was responsible for:

Now this President wants someone even "tougher." This should be a warning to all who believe in justice.

Whatever her legacy may be in the near future, the fact remains that Nielsen continues to publicly support Trump's endeavors at the US' southern border with Mexico.