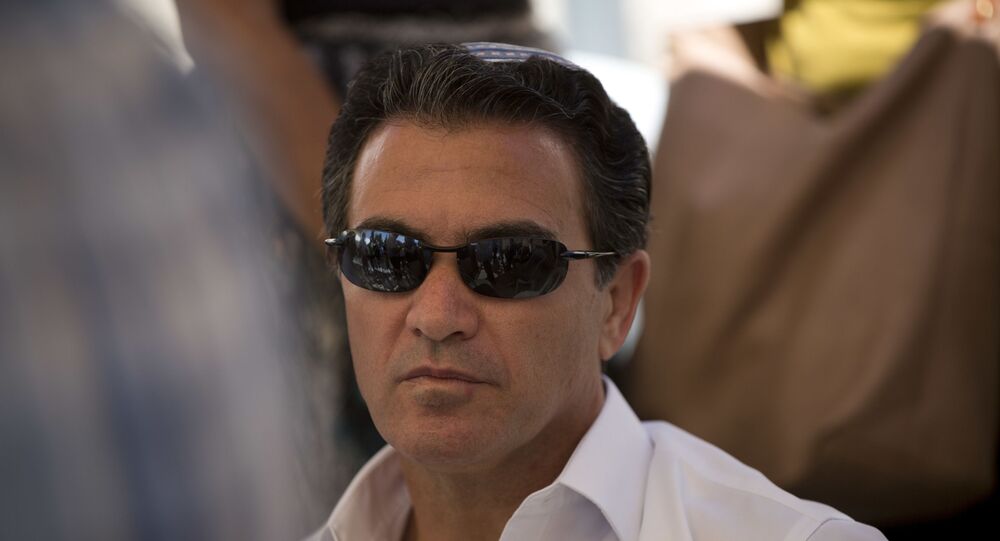 The SoftBank Group is a major Japanese investment holding company that focuses on enterprises in the technology, energy, and finance industries. It also manages the Vision Fund, the world's largest technology-focused venture capital fund, with over $100 billion in assets and backing from Middle Eastern sovereign wealth institutions.

Yossi Cohen, who retired as chief of the Israeli spy agency last month, will be put in charge of operations for Japanese billionaire Masayoshi Son's SoftBank, Israeli Globes news outlet reported on Friday.

According to the report, one of the grounds for hiring Cohen is that, despite his lack of investment experience, he is a well-known and popular person in Israel. Moreover, Cohen reportedly has links to Israeli entrepreneurship and technology experts, and can open doors for them in any corporation, government, or public body in any country.

"SoftBank has pioneered a new approach to technology investing and created the world’s largest ecosystem of emerging technology champions," Cohen is quoted in the report as saying while commenting on the news. "Israel’s advanced technology and entrepreneurial culture make it a natural fit for SoftBank’s investment vision and I look forward to helping fast-moving companies scale in the region and globally."

Cohen will reportedly be in charge of SoftBank's activities in Israel, scouting firms for investment and assisting those companies in finding worldwide markets, with a focus on Asia. The former intelligence service chief will join SoftBank's Europe and Middle East team, which is led by SoftBank Vision Fund managing partner Yanni Pipilis and is based in London.

Also, Cohen will be a member of SoftBank's second fund, worth $30 billion, but will not invest from the firm's first fund, which has the Saudi Arabia national wealth fund among its investors.

According to the outlet, SoftBank plans to send a $50 million check to growing firms with a valuation of at least $250 million that have demonstrated high-level AI technologies. SoftBank will need businesses to have at least $10 million in yearly revenue, a track record of quick growth, and metrics that indicate profitability, even if just in the medium future.

"We’re very interested in expanding our presence in Israel. We believe massively in the ecosystem that exists in the country, because we are investors in technology and AI, and Israel has amazing entrepreneurs and founders in this technology space," Pipilis told Globes. "We felt that increasing our focus in the area would make sense. We’ve recently completed multiple investments in Israel, and see many other compelling opportunities.

He also added that when the company met Cohen, they "immediately got excited about the opportunity to work together. He is very well connected in the Israeli industry at large, he is someone that entrepreneurs and founders can recognize and can be a central focal point for us."

"Clearly, his relationship across Israeli industry and the ability to traverse international relations are effective to be able to essentially help connect these entrepreneurs globally with the AI ecosystem," Pipilis added. "Mr. Cohen’s experience in dealing internationally is a huge asset."

59-year-old Cohen was recruited by Mossad in 1982 while studying abroad in London, and rose through the ranks of the organization to become its chief after a brief term as the National Security Council chief. Even while he led operations against Iran's nuclear program and helped lead Israel's clandestine ties with Arab nations, Cohen had a particularly public profile for an Israeli espionage head.

Cohen, who was appointed by former Prime Minister Benjamin Netanyahu, stated earlier that he did not rule out the possibility of running for the premiership of the Jewish State in the future, though he is not considering it at this time.

After more than five years as chief of the Mossad, he stood down on June 1 shortly before Yair Lapid informed the nation's president of the formation of a new coalition government. David Barnea is now the chief of Mossad.