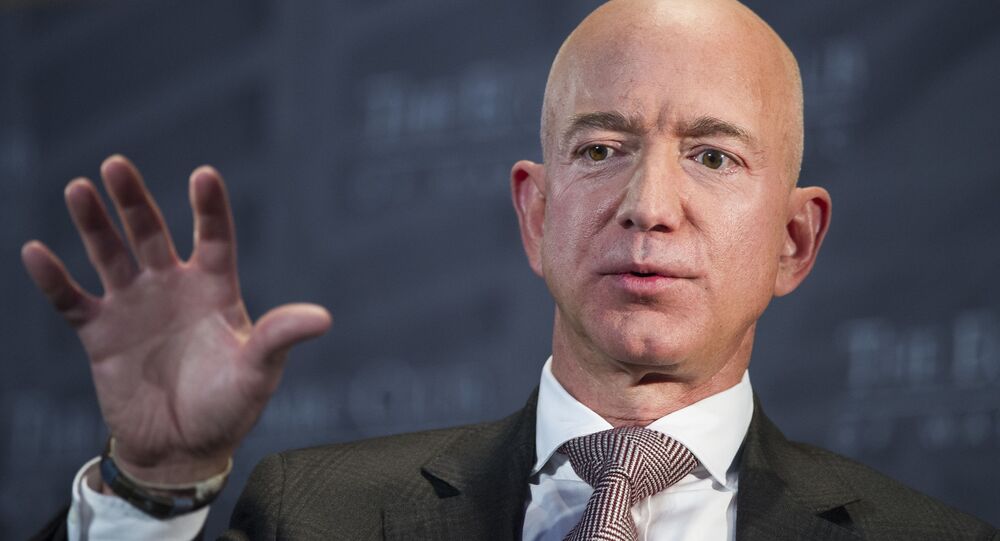 Amazon announced on Wednesday that it entered into a definitive merger agreement to acquire US-based media company Metro Goldwyn Mayer (MGM) for $8.45 billion. The deal would give the company access to MGM's expansive catalog, which includes some 17,000 TV shows and 4,000 films.

"The Apprentice," an NBC reality show produced by former US President Donald Trump, is one of the thousands of television shows that will be acquired by billionaire Jeff Bezos' Amazon in a tentative, multi-billion dollar deal for MGM.

The show, which premiered in January 2004, starred Donald Trump, as well as his eldest children: Ivanka Trump, Donald Trump Jr. and Eric Trump. The 18 contestants on the business show competed in a number of tasks to test their business skills, with the hopes of securing a one-year contract to promote one of Trump's properties.

During Trump's tenure in the White House, "The Apprentice" was repeatedly referenced around the time of Omarosa Manigault Newman's termination from the White House.

Manigault Newman, popularly known as Omarosa, was thrust into the public spotlight when she appeared as a contestant on the business competition show's first season.

Omarosa also starred in "The Celebrity Apprentice" and "The Ultimate Merger" - her Trump-produced dating show - before becoming Trump's director of communications for the Office of Public Liaison.

In the aftermath of her widely reported termination, Omarosa claimed in her book "Unhinged" that Trump could be heard uttering racist and sexist things on tapes from the reality show. However, those tapes in question did not make it to air, she detailed.

Reality TV producer Bill Pruitt, who was hired to work on the first two seasons of "The Apprentice," also hinted that there is unaired footage that is "worse" than the public presumes.

As a producer on seasons 1 & 2 of #theapprentice I assure you: when it comes to the #trumptapes there are far worse. #justthebegininng

Pruitt's comments came shortly after footage emerged in which Trump was heard having a vulgar conversation with "Access Hollywood" host Billy Bush. Despite the incident taking place over a decade prior to its surfacing, Bush was terminated from NBC's "Today."

It is possible that this tentative multi-billion-dollar deal may reignite conversations about NBC's "The Apprentice," as well as its cast and host.

Mike Hopkins, senior vice president of Prime Video and Amazon Studios, emphasized on Wednesday that the true "financial value" behind the tentative deal is in MGM's "treasure trove" of intellectual property.

"[W]e plan to reimagine and develop together with MGM’s talented team," he said in a quoted statement. "It’s very exciting and provides so many opportunities for high-quality storytelling."

Interestingly enough, the administration of US President Joe Biden, Trump's 2020 presidential election rival, will have authority over the deal, as regulatory approval is needed.