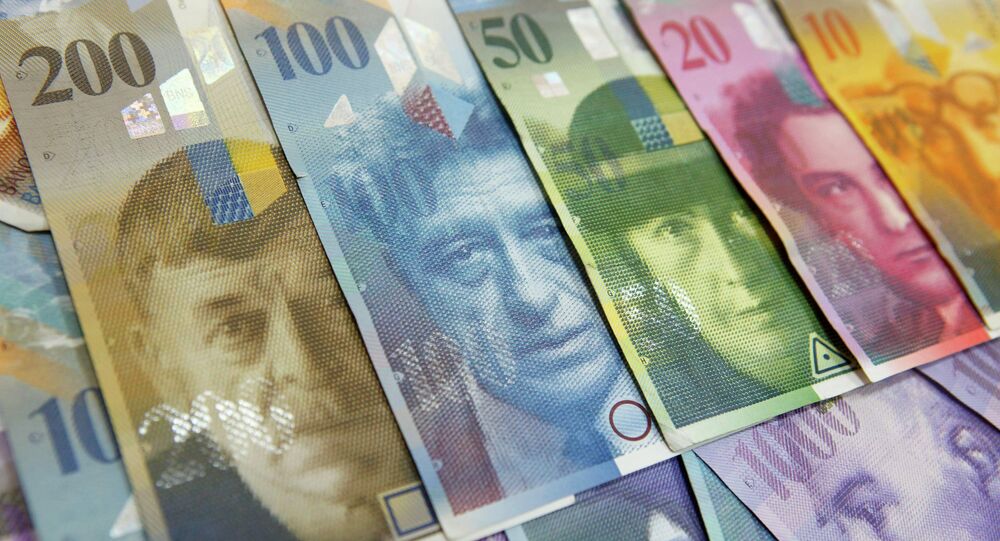 Washington reserves the right to label a country a 'currency manipulator' if it has a trade surplus with the US greater than $20 billion, a foreign currency intervention rate higher than 2 percent of its GDP, and a global current account surplus of more than 2 percent of GDP.

The US Treasury formally slammed Switzerland and Vietnam as “currency manipulators” on Wednesday, accusing the nations of deliberately seeking to devalue their currencies against the dollar to gain the upper hand in trading.

The listing, mentioned in the Treasury's semi-annual foreign exchange report, cites the two countries as violators of Treasury criteria "to identify potentially unfair currency practices or excessive external imbalances, which could weigh on US growth or harm US workers and firms."

In retaliation, the US says it will now "press for the adoption of policies that will permit effective balance of payments adjustments" in future negotiations with the countries to eliminate their "unfair advantage."

The US has repeatedly accused Switzerland of manipulating the value of the franc since the Foreign Trade and Competitiveness Act was passed in 1988, which required the Treasury to carry out annual analyses of the exchange rate policies of other countries to determine whether they were manipulating their currencies to gain an unfair advantage against the US in international trade.

China, which has a long history of economic conflict with Washington, has been added to and taken off the list repeatedly. The Trump administration added Beijing to the list in mid-2019 before removing it in January 2020 with Phase 1 of the US-China trade agreement was signed.

The Treasury nonetheless continues to include China and other major US trade partners including Germany, Japan, South Korea, Italy, Singapore, Taiwan, Thailand, India, and Malaysia on its “monitoring list.”

Nations listed as manipulators have regularly dismissed the US designations, saying their monetary policies were based on internal considerations, and occasionally accusing Washington of making politicised claims.

© CC0
Greenback at Risk? Dollar Loses Crown as World's Payments Currency for First Time Since 2013
The US dollar enjoys a special status as the de facto world currency. For many decades, this has allowed America to buy actual physical goods, services, and commodities in exchange for its own money, while avoiding the negative effects associated with large scale quantitative easing, such as inflation and currency collapse.

Donald Trump has repeatedly sought to reduce the value of the dollar during his tenure as president, getting into spats with the Federal Reserve and demanding that US fiscal authorities take steps to weaken a strong dollar to improve the competitiveness of US goods abroad. At the same time, Trump has failed to tackle the US's massive budget deficits, trade imbalances, and tens of trillions of dollars of federal debt, with financial analysts fearing that the latter may one day lead to a catastrophic economic collapse.