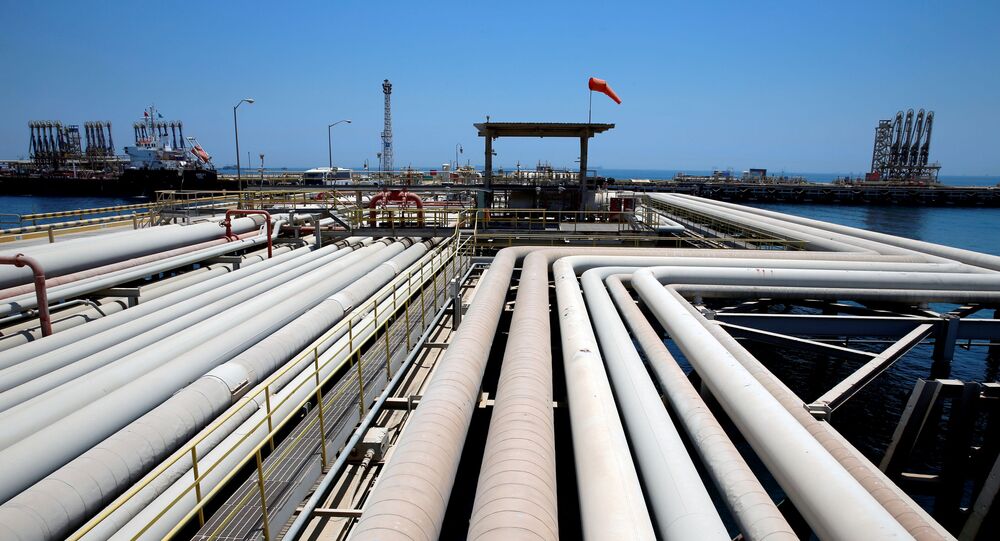 In mid-August, the state-owned oil giant Saudi Aramco reported a 50% collapse in its net income due to the coronavirus pandemic, with the company’s President and CEO Amin Nasser suggesting that “the worst is likely behind us”.

Reuters has cited unnamed sources as saying that Saudi Arabia's state-run oil corporation Aramco is considering increasing its production capacity to 13 million barrels per day (bpd) from 12 million bpd in the not-so-distant future.

The oil giant plans to outlast its competitors and keep on making a profit, even when lower crude prices “make it unprofitable for rivals”, according to the sources.

They added that Aramco’s resolve to boost its production capacity in the face of the ongoing COVID-19 pandemic may contribute to funding Saudi Arabia’s economic reforms and implementing Saudi Crown Prince Mohammed bin Salman’s Vision 2030 plan for a diversification of the economy.

“The crown prince said he will diversify but he didn’t say he will kill the oil industry. As long as it can make more money why not? Take the money and invest it somewhere else. Let’s agree that given the global economic situation, full diversification won’t happen by 2030. To completely wean a giant economy like Saudi off oil, it will require at least 50 years more. So as long as oil is with us, make more money out of it if you can”, one of the sources argued.

The claims came after Aramco revealed in an August release that its net income plummeted by $23.2 billion during the first six months of 2020, a drop by half compared to the $46.9 billion gained over the same period in the preceding year.

© AP Photo / Amr Nabil
Saudi Aramco Raises Most June Crude Pricing to Asia, Reports Say
According to the release, the company’s total free cash flow amounted to $21.1 billion for the first half, a significant reduction from $38 billion in 2019.

Aramco's president and chief executive, Amin Nasser, acknowledged in the release that the financial results for the second quarter indicate that global energy markets are experiencing their largest shock in decades, not least due to the coronavirus fallout.

“Strong headwinds from reduced demand and lower oil prices are reflected in our second-quarter results”, he said, insisting at the same time that “the worst is likely behind us”.

The release also showed that the world’s largest crude producer kept its second-quarter dividend of $18.75 billion, announcing that its payment would be made in the third quarter, something that Nasser said “demonstrates Aramco’s agility, strength and resilience across market cycles”.

“Our intention is to pay $75 billion dollars, subject to board approval and depending on market conditions”, he pointed out, stressing that the company has a "strong balance sheet" and "a lot of flexible capital on our hands”.

The CEO made the remarks as Aramco's competitors BP and Royal Dutch Shell all slashed dividends in response to the effects of the coronavirus pandemic and shocks to the oil sector.

Saudi Aramco to Deliver to Market 8.5 Mln Bpd of Oil Starting 1 May

This followed Aramco announcing in mid-April that it would be delivering 8.5 million barrels of oil per day to the market as of 1 May, shortly after OPEC+* countries, as well as oil producers from the wider G20 group of nations such as the US, Brazil, and Canada, clinched what many touted as a historic agreement.