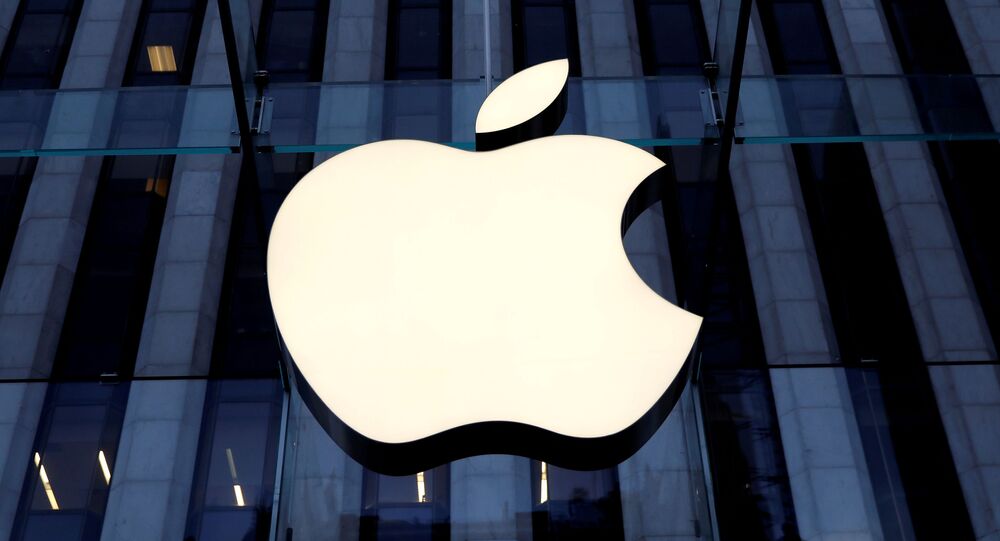 On Thursday, Apple released its results for its fiscal 2020 third quarter, announcing that the company’s revenue increased by 11% over the year despite the negative economic impact of the coronavirus pandemic.

On 31 July, Apple shares rose by 10%, closing with a record market capitalization of $1.84 trillion, with Saudi Aramco lagging behind at $1.76 trillion. This marked the first time Apple has actually managed to surpass Saudi Arabia’s national oil giant since the company’s market debut in December.

The development comes just shortly after Apple released its fiscal third quarter figures, reporting 11% year-over-year growth. In its fiscal 2020 third quarter ending in June, the company made $59.7 billion, 60% of which was international sales, according to an Apple statement.

© AP Photo / Thibault Camus
Google, Apple Play Search Engine 'Monopoly', UK Watchdog Says Amid Crackdown on US Big Tech Firms
This signified an increase from the second fiscal quarter published in April, which showed only a 1% increase from the same period last year.

Apple shares have now risen by more than 44% despite the slowdown brought on by the coronavirus pandemic.

However, in the smartphone market, Apple is still behind Huawei, according to recent analysis by market researcher Canalys. In the second quarter of 2020, the Chinese manufacturer overtook all of its competitors, including Apple and Samsung, to become the world’s largest shipper of smartphones worldwide.