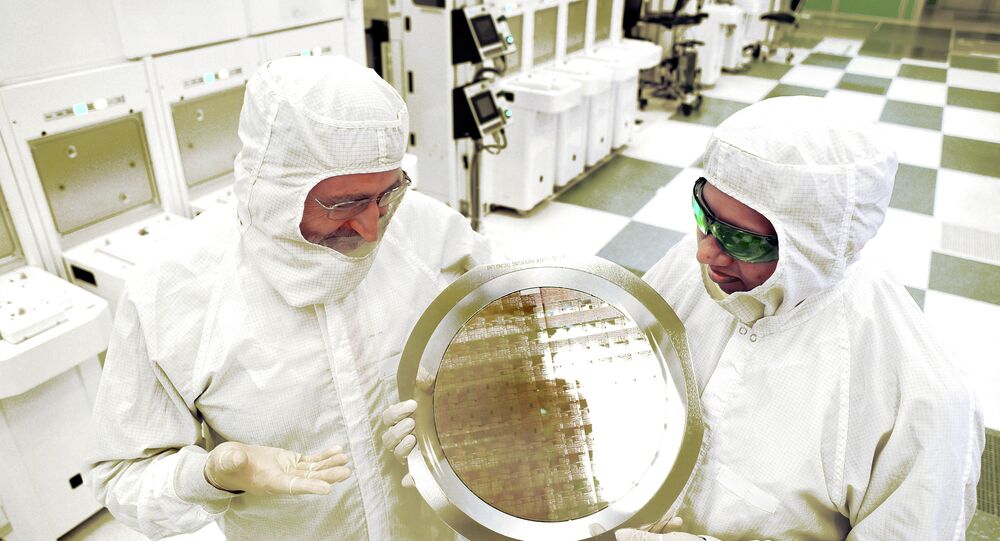 The announcement comes amid the rise of tech-nationalism in the US and ongoing trade war with China, which saw tensions spike in May after the Trump administration extended protectionist measures over Washington's alleged security concerns on Chinese tech companies.

US lawmakers introduced a bill on Wednesday to back domestic semiconductor manufacturers with $22.8bn in funds amid the ongoing trade war on China, Reuters reported.

The proposal would provide 40 percent income tax credit refunds for semiconductor equipment as well as $10bn in federal subsidies for factories.

© AP Photo / Mark Schiefelbein
Forced Compliance? Chipmaker TSMC Stops New Huawei Orders Amid US Trade War, $12bn Arizona Fab Plans
A further $12bn in funding would be provided for research and development, according to the bill.

The legislation would also authorise the Department of Defense to use funding under the Defense Production Act 1950 to "establish and enhance a domestic semiconductor production capability."

But Hsinchu-based Taiwan Semiconductor Manufacturing Company and other chipmakers produce over half of all contract-manufactured chips for the US and have a greater market share for more advanced models.

Tech giants such as Apple, Qualcomm Inc and Nvidia Corp rely on TSMC and Asian chipmakers, according to reports.

The news comes after the Taiwanese chip manufacturer announced plans to build a $12bn plant fab in Arizona last month after the Trump administration extended a ban on Huawei, ZTE and over 70 Chinese tech firms placed on an Entity List in May last year.

Washington has routinely accused Chinese tech firms of being used to spy for Beijing, without citing evidence or providing reports, which both Huawei and Chinese officials have slammed as false.