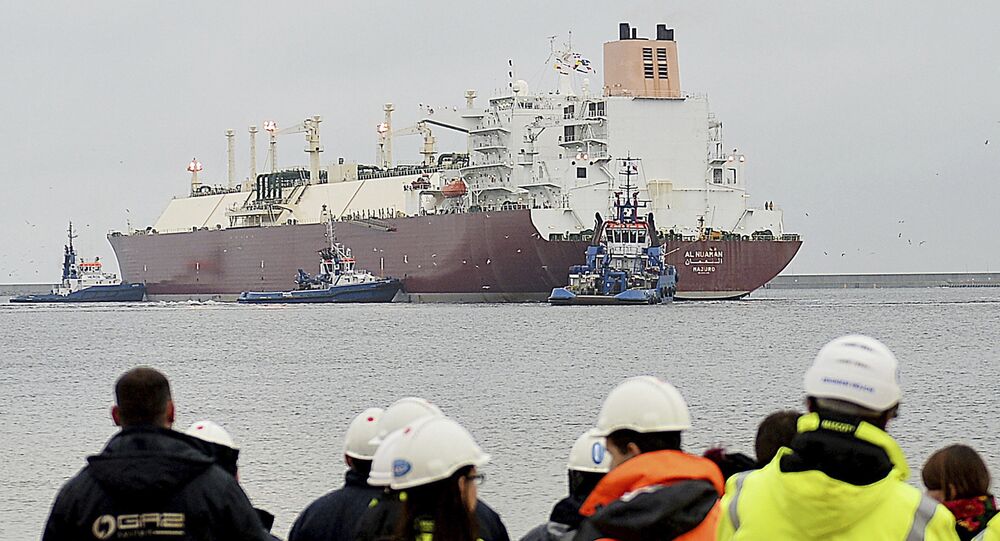 American LNG exports are estimated to have dropped by around a half since January due to a collapse in demand which led to lack of storage space in overseas facilities.

Buyers of US-extracted liquefied natural gas (LNG) may cancel up to 60 percent of July orders, as the energy industry is reeling from a global glut caused by the coronavirus pandemic, Bloomberg reports, citing a survey of traders.

There are five LNG export terminals in the United States, operated by four companies. They could get requests to scrap from 35 to 45 cargoes scheduled to be unloaded in July, according to traders' estimates. That compares with 75 shipments delivered to global customers in January and 61 in April.

Houston-based Cheniere Energy, the biggest US producer of LNG, has been asked to cancel 30 cargoes due for loading in July from buyers with long-term supply contracts, industry sources told Bloomberg. It has received just 10 such requests for June. It is understood that similar requests have been submitted to other American exporters.

Analysts note that LNG exporters are currently operating at negative profit margins because of weak demand, limited storage capacity and a fall in prices coupled with higher transportation costs due to the relative distance of US-based terminals from destination markets.

This means that customers may well keep cancelling orders through October of this year, before European customers will be able to free up space in storage sites to receive more imports.