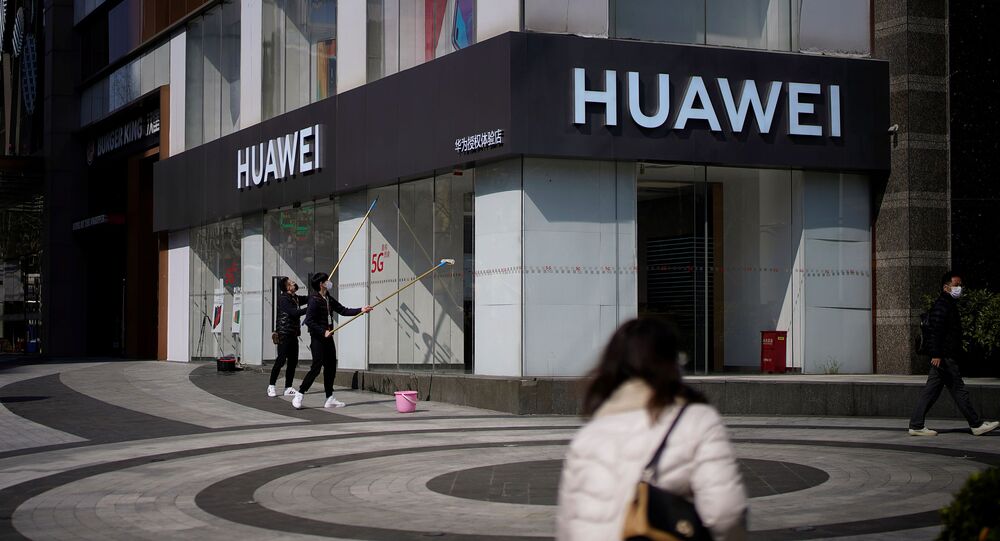 The CEO to the world's largest telecoms equipment provider made the announcement as company engineers have been working nonstop to fight the Coronavirus pandemic.

Huawei Technologies has been motivated by a 'sense of mission', company chief executive and founder Ren Zhengfei said in a video interview with South China Morning Post.

He explained that over 20,000 scientists, experts and engineers were working overtime during the Lunar New Year holiday as the company raced to build new technologies, adding that efforts would help “keep us ahead of global competition”.

Ren said: "It’s not a problem for us to survive as a company, but it’s questionable whether we can keep our leading position. We won’t be able to lead the world in the next three to five years if we cannot develop our own technology."

The global tech firm will continue to boost investment in research and development, Ren said, noting that Huawei's 2020 budget jumped from $15bn to $20bn, he said.

But a complete decoupling from the American economy would be "impossible", he said, adding that "US firms will also need [Huawei as a client] to survive as globalisation becomes increasingly important.

But he said: “The US will continue to increase sanctions on us, and we will have to complete [the new technologies] before that happens.

The comments come as the coronavirus pandemic has infected nearly 490,000 resulting in 22,000 deaths, according to recent figures, with numerous countries urging residents to stay at home or self-isolate to block the spread of new cases.

Huawei has resumed roughly 90 percent of its production and R&D operations and supply chains remained intact after providing partner companies with protective gear to prevent the spread of the coronavirus, Ren said.

"The world needs internet service [even more] as the pandemic [accelerates]," he said in the interview.

Despite markets across Europe facing major impacts from the epidemic, Huawei's chief executive hopes that demand for networking equipment remains strong as workers turn to online services amid the pandemic.

Ren said: “New technologies such as tele-health, online learning and remote working have showed to the world their usefulness in preventing disease from spreading, as well as the importance of network connections. Even when the West is feeling the mounting impact of the coronavirus, most of our projects can actually enhance their capabilities [amid the outbreak].

He added": "There is a demand we need to meet.

In addition to the global coronavirus pandemic, Huawei is battling the US trade war on China and arrest and detention of company chief financial officer, Meng Wanzhou, by Canadian authorities.

He told the SCMP that he missed his eldest daughter but spoke with her by phone during the Lunar New Year holiday in late January, adding he was confident that "there shouldn't be a worst-case scenario" regarding her trial.

Wanzhou, 48, is awaiting trial on a possible extradition to the United States on 23 charges, including allegations of breaching US sanctions on Iran, money laundering and fraud, among others.

"I believe in the openness, fairness and justice of the Canadian legal system", he said.

© REUTERS / Lindsey Wasson
Huawei's Meng Wanzhou Scores Court Victory on Access to Arrest Documents Ahead of Extradition Trial
He told the SCMP: "The US intelligence has spent over a decade to find faults on our side and came up with no evidence today, which means we have been restrained in our own behaviours.

Speaking on tackling such challenges, Ren added: “Neither the US sanctions nor the pandemic had a major impact on us. We believe the impact is minimal, and we can pull through it.

US authorities placed Huawei, ZTE and over 70 Chinese tech firms on an Entities List in May last year barring trade with US companies and suppliers, with Washington citing accusations the company was a threat to national security. Both Huawei and Beijing have repeatedly and sharply denied the allegations.

Washington also began a campaign of discouraging countries from allowing the firm to build national 5G networks using similar accusations, despite rejection from the UK, France, Germany, Czech Republic, some Canadian telecom providers and many others.

Huawei will also launch its next-generation P40 Series mobile phones on Thursday in Paris despite the pandemic and US trade war on China, the company announced in February.