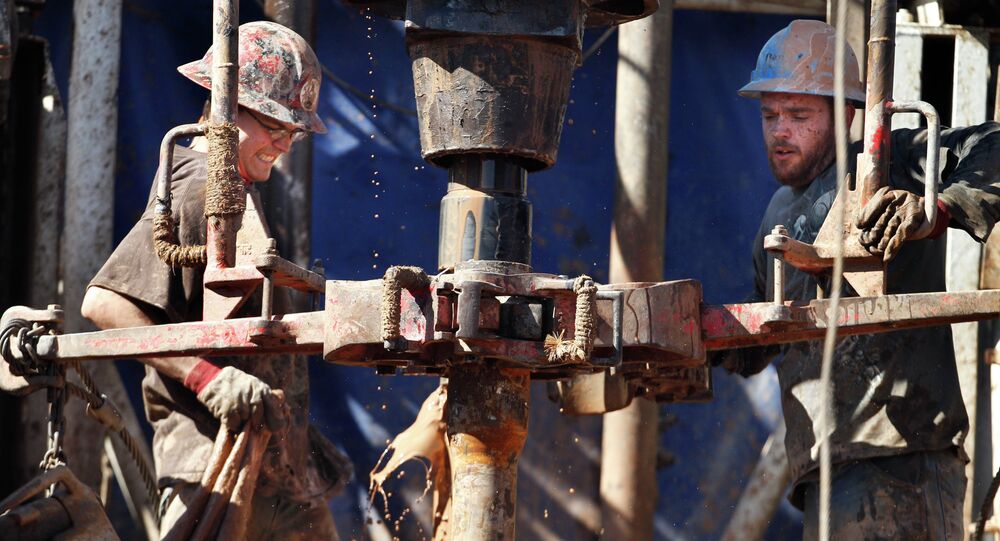 Prices for stock futures have ishown a general downward trend, and oil futures are no exception, with experts increasingly tying the slump to the novel virus identified in central China.

Prices on futures of Brent crude from the North Sea have slumped at ICE stock exchange to 60 dollars per barrel for the first time since 1 November.

As of Monday, Brent’s April futures have gone down 3.41 percent, to $58.62 per barrel, whereas WTI crude oil futures have skidded 2.29 percent to $52.19, and a bearish trend is apparently making itself known, analysts at TD Securities were quoted by Fxstreet as saying.

Stocks in Asia are also flashing red with Japan's Nikkei reporting a 440-point or 1.87% drop and China's A50 futures skidding over 3%.

China’s yuan went down over half a percent to a 2020 low, while commodity-linked currencies such as the Australian dollar - due to strong trade links between China and Australia- also fell sharply, as cautious investors turned to safer assets.

Western currencies as expected remained stable and even showed slight gains. The USD/CNY exchange rate (CNY - onshore Yuan) is up to 6.9363 but this is given financial markets are closed due to the Chinese New Year, with authorities saying the vacation will last until 3 February to boost the chances of halting the spread of a new coronavirus.

The Russian rouble, which often tracks the price of oil, currently also in decline, fell 1 percent against the dollar.

Novel Virus on the Loose

The sweeping slump has occurred against the backdrop of a coronavirus epidemic in China, with investors having voiced concerns that pneumonia caused by the newly detected virus, which is now being studied in international laboratories, may have a detrimental effect on the world’s economy, including demand on carbohydrates.

The new coronavirus, dubbed 2019-nCoV by the World Health Organisation (WHO), was first registered in the Chinese city of Wuhan, Hubei Province, in late December, and has since spread across China, and on to other countries. It has been confirmed that the disease has reached the US, France, Australia, and Canada.

In China, the illness has left 80 dead across as many as 30 provinces. Per the most recent estimates over 2,500 have been confirmed to have been infected - an over 50% rise compared with Saturday.

The mayor of the city of Wuhan in Hubei Province has said the number of coronavirus cases in the city could rise by another 1,000.