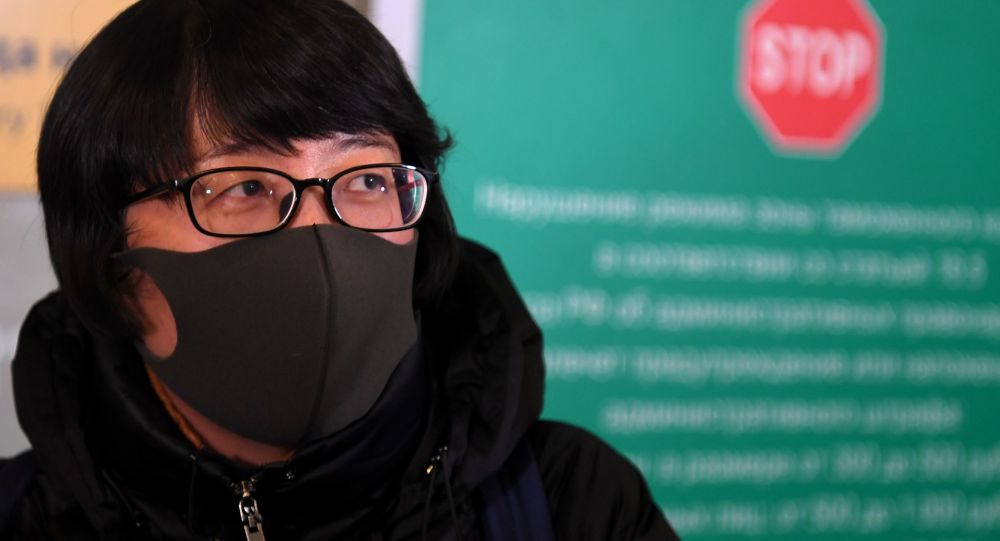 BEIJING (Sputnik) - China is encountering a shortage of face masks and protective clothing to contain the spread of the coronavirus due to the 40 percent drop in the production volumes during the Lunar New Year holidays and may have to import protective gear, the industry and information technology vice-minister, Wang Jiangping, said on Sunday.

"We need to strengthen international cooperation, in fact, we have already begun to resolve the issue of procurement [of related products] abroad in order to meet the domestic demand", Wang told reporters, adding that the demand for protective clothing and masks was very high.

The vice-minister added that Hubei province, the epicentre of the epidemic outbreak, has sent a list of required products to the ministry, with its current daily demand of up to 100,000 sets of protective clothing and 3 million per month.

At the moment, there are only 40 companies throughout China that are licensed to manufacture protective clothing for distribution across the country, being able to produce only 30,000 sets per day, thus the difference between the demand and supply is significant.

© REUTERS / Martin Pollard
Workers in protective suits check the temperature of passengers arriving at the Xianning North Station on the eve of the Chinese Lunar New Year celebrations, in Xianning, a city bordering Wuhan to the north, in Hubei province, China January 24, 2020

On Saturday, the Chinese central authorities said the government would send at least 2 million personal protective equipment units to Wuhan in Hubei province.

The previously unknown coronavirus has resulted in 56 deaths according to the latest official numbers, with over 2,000 confirmed infected. China has taken drastic steps to contain the spread of the virus by placing quarantines on large regional cities and restricting travel across the country and beyond. Internationally, infections with the coronavirus have been detected in South Korea, Japan, France, Portugal, the United States among others.