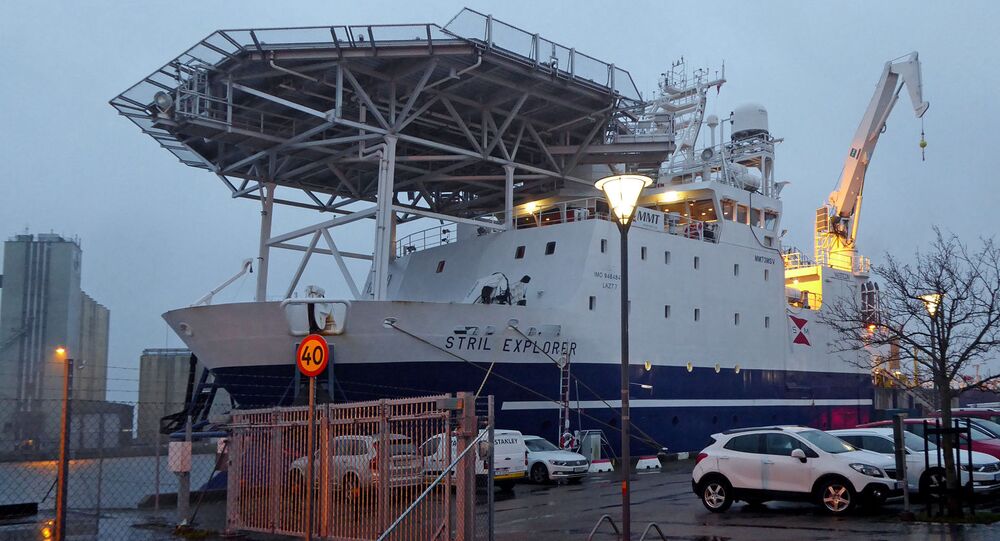 "The vessel Stril Explorer from Swedish company MMT is conducting coordinated seabed research along the route of the gas pipeline in Denmark's exclusive economic zone, southeast of the island of Bornholm, for the Nord Stream 2 company," the press service stated.

In December 2019, US President Donald Trump adopted a 2020 defence budget that envisions sanctions against the Nord Stream 2 and Turk Stream pipelines, as well as companies and individuals working with them.

Following the US move, Swiss-based Allseas Group S.A., which participated in the project's construction, announced that it would suspend work over fears of being slapped with American economic measures.

© Sputnik / Ilya Pitalev
US Sanctions Against Nord Stream 2 ‘Unacceptable’, Austrian Foreign Minister Says
Russia has said that it will continue with its economic projects, including pipelines, in spite of any sanctions.

The 745-mile-long twin pipeline will carry Russian gas directly to Germany through the territorial waters or exclusive economic zones of Denmark, Finland, Germany, Russia, and Sweden.