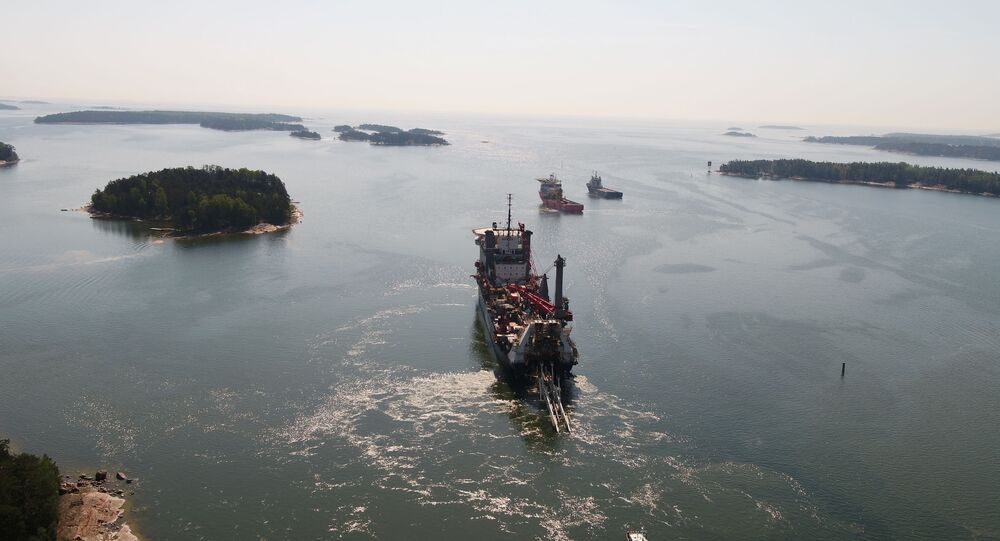 The Swiss-based engineering giant was responsible for the installment of underwater gas-transfer pipes.

A company representative said late on Sunday that Allseas had withdrawn its ships that were previously engaged in constructing the Nord Stream 2 gas pipeline in the Baltic sea, according to Bloomberg.

On Friday, Trump enacted the NDAA bill, authorizing a whopping $738 billion budget for the Pentagon - a number greater than that of the next seven largest militaries on Earth combined - that includes sanctions against the Nord Stream 2 gas pipeline, along with a range of other provisions.

The US envoy to Germany, Richard Grenell, described the de-facto militarization of the commercial civilian project as “a very pro-European decision” because Washington has been “hearing from our European partners that the United States should support them in their efforts”.

“The goal has always been for diversification of Europe's energy sources and to ensure that no one country or source can build up too much influence on Europe through energy”, Grenell said in an interview with Bild, published early on Sunday.

Germany, a prominent European partner of the US, slammed the White House aspiration "for diversification of Europe's energy sources" - an entrenchment of Nord Stream 2 in the American militarized commitments - as "interference in German domestic affairs". German Chancellor Angela Merkel vowed earlier to discuss the matter with Washington.

© Photo : nord-stream2
US Sanctions on Nord Stream 2 ‘Very Pro-European Decision’, American Envoy to Germany Claims
Russian Foreign Minister Sergey Lavrov said recently that the mammoth EU-Russian energy project will be completed, despite Trump administration sanctions, adding that work on the TurkStream - another giant gas pipeline targeted by the NDAA - is nearly complete and that the Turkish-Russian project is expected to be commissioned in coming weeks.

Lavrov also vowed that Moscow would respond in kind to this latest round in a series of what many consider to be a seemingly endless series of sanctions decreed by the administration of US President Donald Trump.