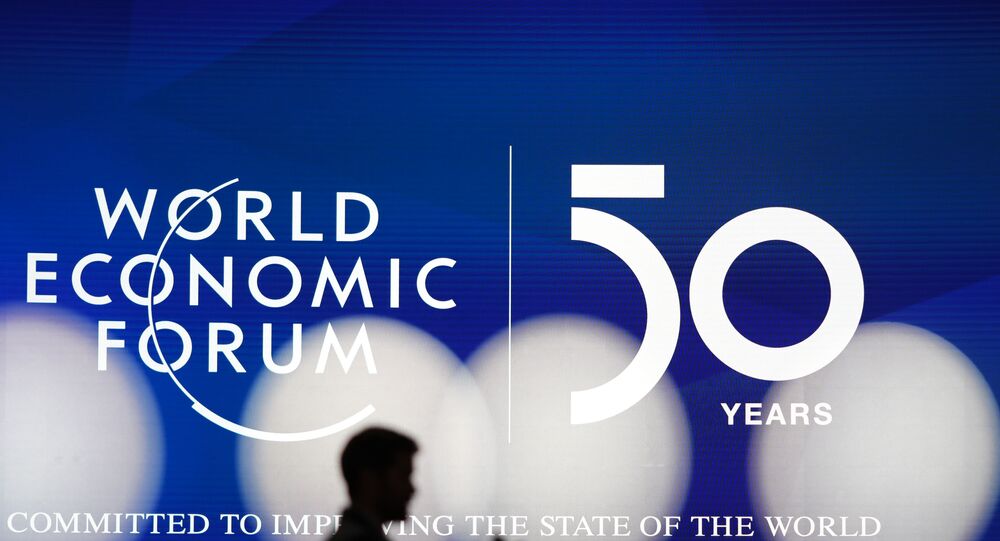 From ‘Climate Emergency’ to ‘4th Industrial Revolution’: What to Expect From 2nd Day of Davos Forum

On Tuesday, the 50th Annual Meeting of the World Economic Forum kicked off in the Swiss resort village of Davos, a three-day event that is attended by about 3,000 top business leaders, heads of state, investors and others.

A number of high-ranking officials are due to deliver their special addresses at the 2020 World Economic Forum (WEF) in Davos later on Wednesday, in line with the WEF’s Day Two programme.

A special address will also be delivered by David Sassoli, President of the European Parliament, and His All-Holiness Patriarch Bartholomew, Archbishop of Constantinople-New Rome.

In a separate event, WEF President Børge Brende  and Turkish Foreign Minister Mevlut Cavusoglu will take part in a discussion on the situation in the Middle East and North Africa and its impact on geopolitics.

European Research Council President Mauro Ferrari is due to partake in a press conference called “Europe - leading the response to the climate emergency”, while Ivanka Trump will speak at the press conference named “Reskilling revolution: better skills for a billion people by 2030”.

Also on Day Two's agenda is a Conversation with Lee Hsien Loong, Prime Minister of Singapore, who is expected to focus on “the future of smart nations, leadership in the Fourth Industrial Revolution and how technology will reshape the ASEAN region”, according to WEF website.

Last but not least will be a news conference called “Religious leaders' role in safeguarding communities”, in which Patriarch Bartholomew will participate.

The events will come after the WEF’s Day One, which saw a special address by US President Donald Trump, who specifically touched upon climate change and the second phase of a trade agreement between Beijing and Washington, that he said is expected to be discussed in the immediate future.

Another highlight was climate change activist Greta Thunberg’s special address, in which she reiterated her warning that “our house is still on fire”, and that “your inaction is fuelling the flames”, in an apparent reference to Trump.

She spoke after the anniversary 50th Annual Meeting of the WEF opened in the Swiss resort village of Davos on Tuesday, bringing together an estimated 3,000 business leaders, heads of state  and investors.