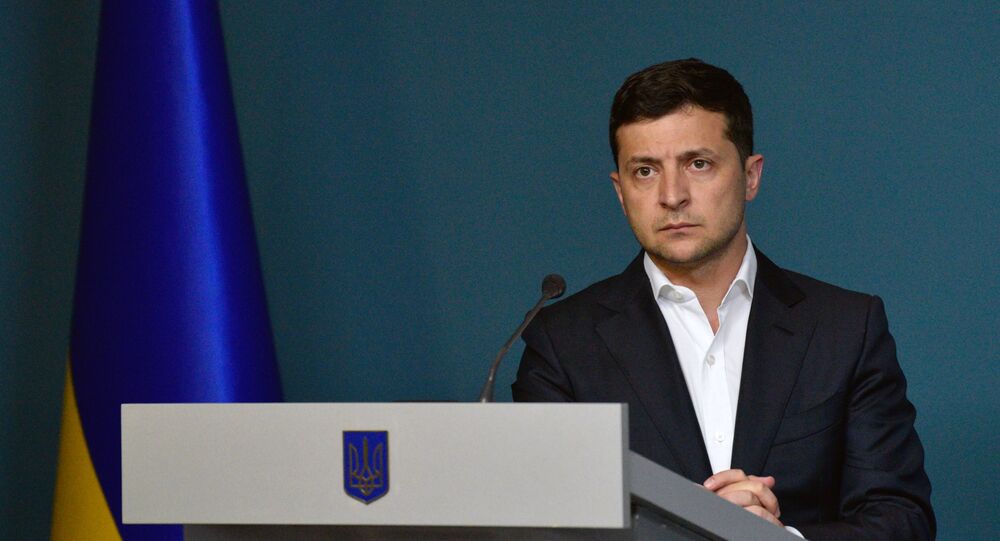 KIEV (Sputnik) - Ukrainian President Volodymyr Zelensky said on Sunday that the first part of the Normandy accords was successfully implemented following an exchange of prisoners between Kiev and the self-proclaimed people's republics of Lugansk (LPR) and Donetsk (DPR).

"The most important thing is that people are at home. The first part, which we agreed on in the Normandy format, has been completed. We returned our people, 81 people were released, 76 people are now in Ukraine, in the part controlled by Ukraine, and six remained in the temporarily occupied territories," Zelensky said.

In addition, Zelensky stated that the release of Berkut security force members was one of the conditions for the prisoner exchange with the DPR and LPR.

The Ukrainian president also said that Kiev would continue working toward returning the Ukrainian prisoners of war in Donbass that were not covered by the latest round of negotiated exchanges.

"We understand that many of our people are still in the territory of Russia, many of those who were relocated from Crimea. It is another track that we are dealing with at the moment," Zelensky said at a press briefing, adding that the identities of those people have yet to be confirmed.

At the same press encounter, Zelensky pledged to investigate the murders that occurred during the events in Kiev in February 2014 that toppled the government of then-President Viktor Yanukovych and eventually triggered the conflict in eastern Ukraine as Donetsk and Lugansk considered what happened to be a coup and unilaterally proclaimed independence from Ukraine.

Earlier in the day, Ukraine had handed over more than 120 people to the Donetsk People's Republic and Lugansk People's Republic, while the latter two returned almost 80 Ukrainian fighters to Kiev. This was the first exchange of prisoners between the sides since 2017. It took place near the city of Horlivka in the Donetsk region.

At the beginning of December, the presidents of France, Germany, Russia, and Ukraine held talks in the so-called Normandy format to discuss the conflict in the eastern Ukrainian breakaway region of Donbass. The leaders agreed, among other things, to ensure an exchange of prisoners between Kiev and Donbass under an "all-for-all" formula once the sides finalise the lists of individuals to be released and swapped.