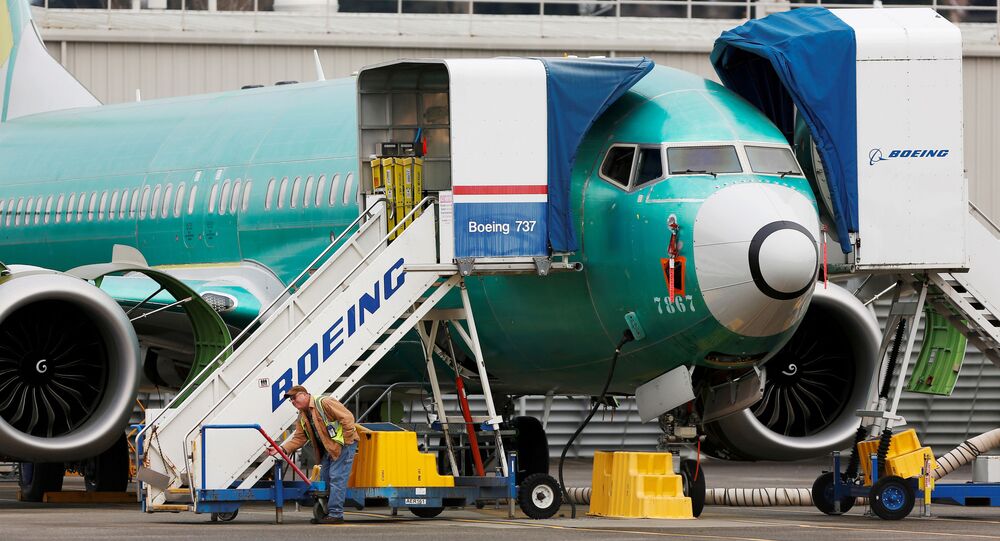 Boeing announced Tuesday that it expects the 737 MAX to return to service and be ungrounded by the Federal Aviation Administration (FAA) by mid-2020.

"This updated estimate is informed by our experience to date with the certification process," the company said in its January 21 press release.

" It also accounts for the rigorous scrutiny that regulatory authorities are rightly applying at every step of their review of the 737 MAX's flight control system and the Joint Operations Evaluation Board process which determines pilot training requirements."

Boeing highlighted that the company's prediction on FAA certification and the 737 MAX's return to the skies are "forward-looking statements" which "may not prove to be accurate."

This speculation concerning the 737 MAX's certification is the latest in a series of reports made on the aircraft by Boeing and domestic air carriers.

American Airlines announced just last month that it suspected the 737 MAX's "resumption of scheduled commercial service on American's fleet would occur on April 7, 2020."

Prior to that, Boeing issued a release on November 11 claiming that the 737 MAX would return to commercial service in January.

"At each step of this process Boeing has worked closely with the FAA and other regulators," the company said in its statement.

FAA chief Steve Dickson expressed to Boeing CEO Dennis Muilenburg in December that he was “concerned that Boeing continues to pursue a return to service schedule that is not realistic due to delays that accumulated for a variety of reasons," reported Reuters.

Days after the FAA chief's conversation with the company's head, Boeing's board of directors held a two-day meeting in Chicago, Illinois, and concluded that it would temporarily halt production of the embattled 737 MAX.

The aircraft in question has been grounded by the FAA since March 2019 following two deadly crashes in Ethiopia and off the coast of Indonesia in March of that year and October 2018, respectively. Both incidents and the deaths of a total of 346 people were attributed to the aircraft's Maneuvering Characteristics Augmentation System.

Boeing has remained in hot water throughout the past several months as it attempts to return the 737 MAX to the skies. According to now-public documents provided to Federal Aviation Administration and lawmakers, Boeing employees openly discussed their displeasure over airliners that requested their pilots receive simulator training before operating the 737 Max.

“Now friggin Lion Air might need a sim to fly the MAX, and maybe because of their own stupidity. I’m scrambling trying to figure out how to unscrew this now! Idiots,” one employee said.