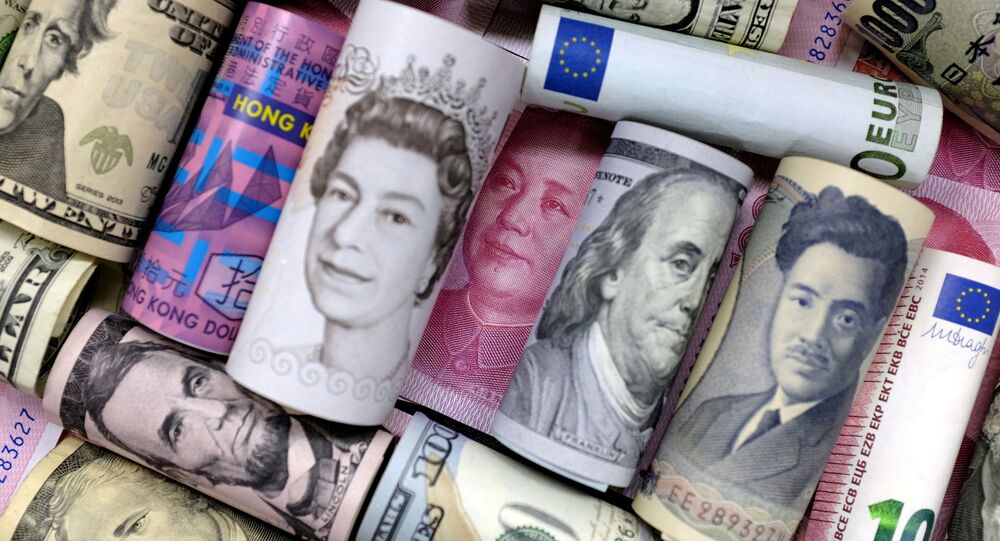 Over the last two years, several countries around the world have declared their intent to reduce or even to permanently exclude the use of the US Dollar in international trade, replacing it with the national currency. One of the reasons for this shift is the expansion of the US economic sanctions regime.

There is a continually growing "club of very powerful countries" in the world, which have a strong "motivation to de-dollarize" their trade, co-director at the Institute for the Analysis of Global Security, Anne Korin warned in her interview with CNBC channel. She added that among the members of this "club" are "major movers" such as China, Russia and the European Union.

The pundit explained that the shift was caused by certain practices, adopted by the US government in recent years. Namely, Washington started to actively use extraterritorial jurisdiction, prosecuting and sanctioning countries and companies that have "nothing to do with the US" under American laws. This happened due to the US extending its laws to entities, which either transfer their money through US banks or use its greenbacks.

"Canary in a Coalmine"

Korin further argued that the emergence of such instruments as Petroyuan, a Chinese currency for trading oil, is the "canary in the coal mine", which indicates the shift in mindset around the world. She explained that around 90% of global crude trade is conducted using dollars, and the Petroyuan is a "nudge" in the direction of de-dollarisation.

She elaborated that the emergence of such currency, albeit necessary, is not yet significant enough for the world to turn down the greenback for good.

© Sputnik / Vitaly Timkiv
Russian roubles and the bill of the American dollar.

For the last two years, several countries have announced their intention to reduce US dollar use in their trade with partners, in part due to Washington threatening sanctions on those, who trade with Iran and Venezuela. Among them are Russia and other BRICS states, Turkey and Iran, which was slapped with hefty US sanctions in November 2018.

Russian President Vladimir Putin earlier argued during the St. Petersburg International Economic Forum in 2019 that an era of global "dollar dominance" might come to an end soon. He opined that this could happen due to Washington "abusing" the status of its currency to punish those that the US doesn't like.