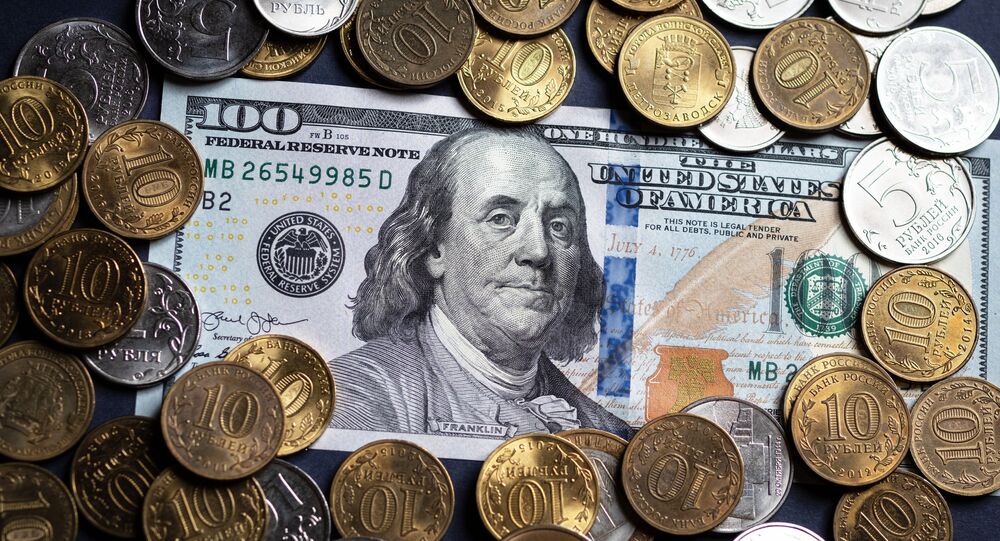 The official said that as for the recovery of the banking sector of Russia, the most difficult stage already passed, and the CBR managed to avoid large losses for the economy.

"We continue the policy of de-dollarisation of the financial system, and the share of foreign currency loans and deposits is decreasing. External debt also continues to decline, having decreased by 12.4 percent over the year. In relations with major trading partners, we cultivate settlements in national currencies. These measures together reduce external risks of both economic and political nature for our country", Nabiullina said.

She added that one of the tools to control external risks to financial stability was the foreign-exchange reserve, which amounted to $491 billion.

© Sputnik / Vladimir Trefilov
Russia and Its BRICS Partners Gradually Abandoning Dollar in Mutual Trade
In 2018, the CBR reduced the share of the US dollar in the structure of reserves from 45.8 percent to 22.7 percent. To reduce its dependence on the American currency, Russia has taken a series of measures, including cutting its US bond holdings from $96.1 billion to $14.4 billion in September 2018, increasing its gold reserves and switching to transactions in national currencies.

According to Moscow, the dollar became an unreliable tool for payments in international trade due to Washington's trade policies and constant use of sanctions against various countries around the world.

How a $45 Dollar Coin Could Win Trump Re-Election