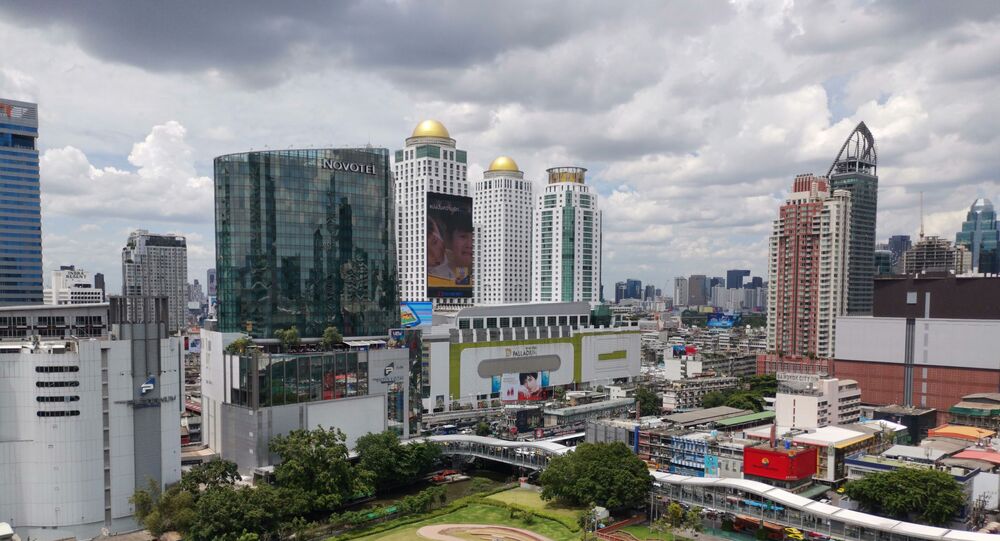 Support for Huawei has grown across Southeast Asia, with nations such as Laos, Myanmar, Singapore, Brunei and Vietnam also sharing similar ambitions for partnering with the Chinese telecoms giant despite US president Donald Trump's trade war against Beijing.

Huawei Technologies is gaining a foothold in Southeast Asia as countries look to Beijing for their 5G infrastructure, despite the ongoing US trade war on China, experts have said in Asian media.

"It becomes necessary for Southeast Asian countries to explore the possibilities offered by 5G for the next generation," analyst at the Foreign Policy and Security Studies programme at the Institute of Strategic and International Studies in Malaysia, Farlina Said, told Asia One, adding that businesses will rely on Huawei to help ASEAN countries build their Smart Cities Networks to help with disaster management and sustainable development.

Huawei’s 5G technology was “reputed to be both advanced and relatively more afforable,” analyst Amalina Anuar said in early August, adding that having a “multivendor approach” and avoiding exclusion of Huawei was “considered a more balanced policy option so (that) ASEAN members don’t have to choose sides”.

The comments come as Huawei announced it had gained 50 5G commercial contracts and shipped over 150,000 base stations, company executive director of the board and president of the Carrier BG, Ryan Ding said at the MWC Shanghai Conference on in late June.

"Globally, 5G is gaining strong momentum in its commercial adoption. Since the first half of this year, a good number of countries, including South Korea, UK, Switzerland, Italy, and Kuwait, have commercially launched 5G networks, 2/3 of which were constructed by Huawei,” Mr Ding said.

He added that businesses were embracing 5G as the company promotes a “comprehensive digital transformation” to improve “efficiency in many industries”.

The developments come as the US continues its trade war against China, where US president Donald Trump slapped Beijing with an additional 10 percent in tariffs on a further $300bn in Chinese goods to cover all of China’s imports in August, forcing Chinese officials to respond by stopping purchases of US agricultural imports in August.

Despite Trump meeting Chinese president Xi Jinping on the sidelines of the G20 summit in June, where the US president agreed to let Chinese firms sell components not deemed a threat to US national security, Washington continues to routinely accuse the Chinese telecoms giant of working for Beijing, which both Huawei and Chinese officials have repeatedly and strongly denied.

Truth is, Trump’s erratic behavior will end up hurting all of us. Will he lose some GOP support as China retaliates with still more tariffs & it becomes increasingly clear the guy who says he’s the best deal maker is incompetent? https://t.co/XHsWnCdBHa

Responding to President Trump's tariff regime, China's Finance Ministry announced it would retaliate against Washington's "wrong actions" by imposing 10 and 5 percent tariffs on $75bn in US imports on 1 September and 15 December, respectively, namely on agricultural products and crude oil, as well as reimposing suspended tariffs on imported US cars and spare parts.

Huawei has also taken its own steps via major investments in advancing its cutting-edge technologies to continue leading the market and reducing dependency on US tech firms, particularly by launching its HarmonyOS operating system in August with plans to open its Map Kit mapping software in October to compete directly with Google Android and Maps, respectively. Huawei will also fund £1.2bn to build a research and development facility in Shanghai to build domestic components such as 5G and central processing unit chips. The Chinese multinational also revealed its Ascend 910, the world’s fastest artificial intelligence microchip, along with its Mindspore software, which aim to place the company in the lead of the global AI race.