Earlier, US President Donald Trump said that he may delay the introduction of new 10 percent tariffs on some of the remaining $300 billion in Chinese imports not yet taxed, saying he didn't want to hurt US shoppers ahead of the Christmas holidays.

China will retaliate if Washington moves forward with plans to slap tariffs on Chinese imports, since these tariffs 'derail' efforts to resolve bilateral disputes via negotiations, the Chinese State Council's Tariff Committee has announced.

"This decision of the US side is a serious violation of the consensus that the leaders of the two countries reached [during their meetings] in Argentina and Osaka. This is a shift away from settling problems through consultations. The Chinese side is forced to implement counter-measures," the committee said, without specifying what its countermeasures would be.

Earlier this month, President Trump indicated that he planned to move forward with new 10 percent tariffs on another $300 billion in Chinese goods imported into the United States, effectively placing a tax on the entirety of Chinese exports to the US. However, the US leader appeared to vacillate on Tuesday, saying the administration would postpone penalties on about 60 percent of the goods to avoid hurting US shoppers ahead of the Christmas holidays.

The Office of the United States Trade Representative specified that Washington would delay tariffs on Chinese goods including some toys, certain items of clothing and footwear, cell phones, laptops and video games until December 15.

President Trump regularly complained about China's alleged unfair trade practices on the campaign trail, and in mid-2018, announced tariffs on some $50 billion in Chinese imports to try to tackle a $400 billion+ trade deficit with the industrial giant. The conflict has since escalated into a multi-trillion dollar trade war, with the two economic powers engaging in tit-for-tat escalation in recent months, and China recently halting its purchase of US agricultural products entirely. 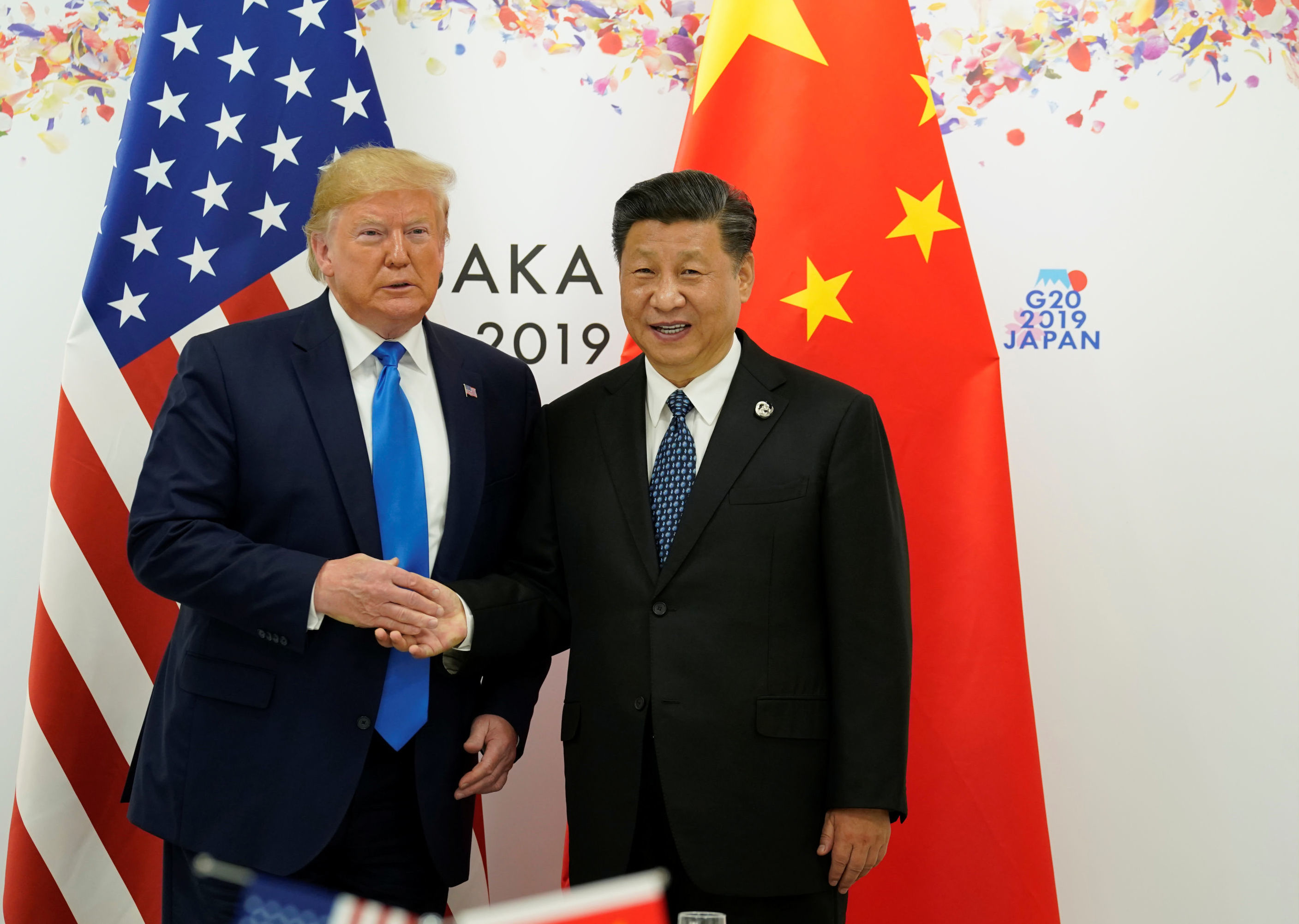 © REUTERS / KEVIN LAMARQUE
U.S. President Donald Trump and China's President Xi Jinping pose for a photo ahead of their bilateral meeting during the G20 leaders summit in Osaka, Japan, June 29, 2019

On Wednesday, in the aftermath of a sharp drop in the US stock market amid recession fears, Trump maintained that the US was "winning, big time, against China," and reiterated that the US Federal Reserve's tight money policy was the problem in the trade war in China amid Beijing's alleged "manipulation" of its currency, the yuan. The Trump administration believes Washington can 'win' its trade conflict with Beijing because China has much more to lose, given its massive trade surplus with the US.

We are winning, big time, against China. Companies & jobs are fleeing. Prices to us have not gone up, and in some cases, have come down. China is not our problem, though Hong Kong is not helping. Our problem is with the Fed. Raised too much & too fast. Now too slow to cut....