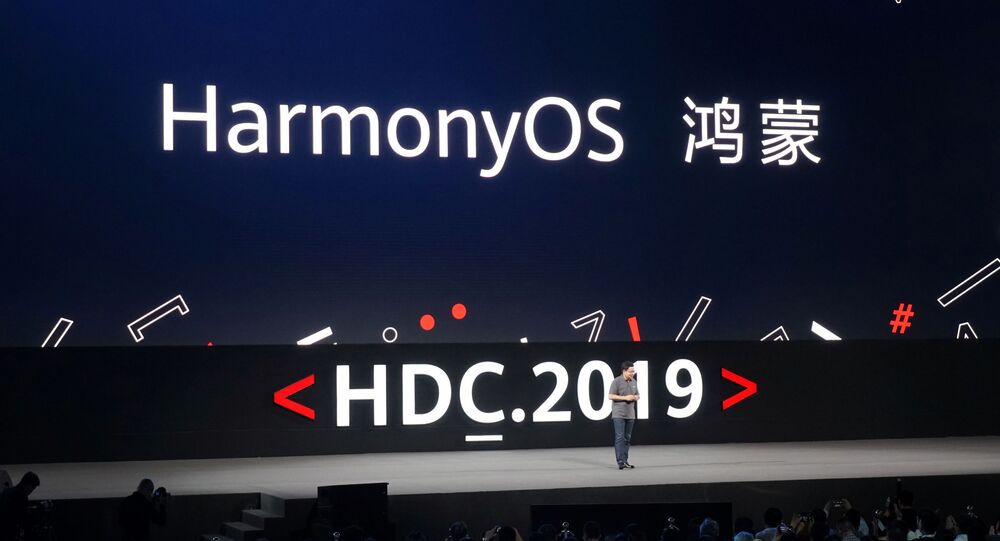 Announced at the Huawei Developer Conference, it is claimed to be faster and safer than Android, providing an alternative when Huawei can no longer access Google's Android ecosystem

Huawei’s Consumer Business Group CEO Richard Yu revealed the new software on Friday, saying the company can deploy HarmonyOS "at any time" after the US blacklisting would force company’s devices to cut ties with Android. The system is aimed at IoT products, such as smart displays, wearables, smart speakers and in-car devices.

According to Yu's presentation, HarmonyOS is positioned as a future-proof, "microkernel-based, distributed OS for all scenarios."  The platform is open source, and looks more like a competitor to Google's upcoming Fuchsia, given that both are microkernel-based and can be used on multiple types of devices at once. In his on-stage presentation, Yu said that Android isn't as efficient due to its redundant codes, outdated scheduling mechanism and general fragmentation issues.

Huawei says the OS will run across a range of form factors, and the company even pulled out the old "write once, run everywhere" claim for app developers. XDA Developers, who attended the launch event, was told by Huawei's CEO that the OS is not compatible with Android apps, but that it is "very easy" to turn an Android app into a HarmonyOS app.

The OS will also feature a "Deterministic Latency Engine" that can better allocate system resources using real-time analysis and forecasting and "Inter Process Communication" - the link between its microkernel and external kernel services like file systems, networks, drivers, apps and more. With these features, Yu claimed that HarmonyOS' IPC performance is five times that of Google's Fuchsia, and three times that of QNX.

Huawei has intentionally avoided mentioning "smartphones" in its slides and press materials today, likely to avoid upsetting its partners over at Google, but Yu admitted that there may come a time when his company can no longer support the Android ecosystem.

The US added Chinese tech giant Huawei to the list of companies which American companies can't sell sensitive technologies to, prompting several chip-makers and Google to suspend cooperation with Huawei, leaving its future smartphones without the support of the Android OS. Later in June, Trump promised to issue licenses to allow for the continued sale of non-sensitive technologies to Huawei and the US Department of Commerce reported receiving 50 requests for such licenses.