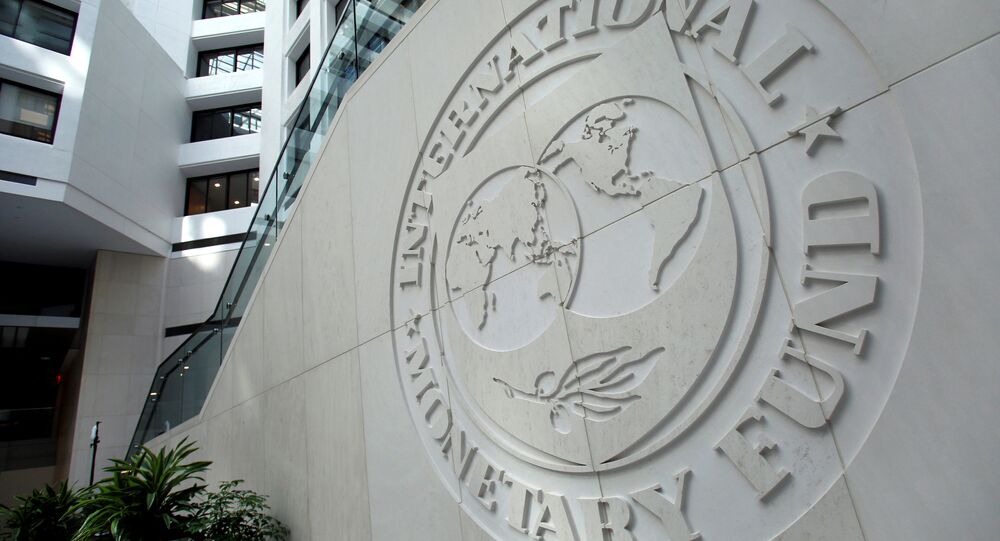 Tough Measures Ahead for Pakistan, after Receiving First Tranche of IMF Bailout Package

New Delhi (Sputnik): Days after the International Monetary Fund (IMF) approved a $6 billion bailout package for the ailing economy, Pakistan received the first tranche of $991.4 million, the chief spokesperson for the State Bank of Pakistan said on Wednesday. Pakistan was facing a financial deficit of around $12 billion for the 2019 fiscal year.

The State Bank of Pakistan spokesperson explained the loan is equivalent to special drawing rights (SDR) of $716 million. An SDR is an IMF unit for a financial transaction, which includes a mixed basket of currencies.

"The remaining amount will be phased over the duration of the program, subject to four quarterly reviews and four semi-annual reviews," the IMF said.

With the availability of the first tranche of $991.4 million, Pakistan's foreign exchange reserves increased to $15.0431 billion. The foreign exchange reserves of cash-strapped Pakistan had dwindled to $7 billion. China and other friendly countries such as Saudi Arabia and the United Arab Emirates contributed around $10 billion to Pakistan in the first quarter of this year, averting a possible default on external debt payments.

On 3 July 2019, the Executive Board of the IMF approved a 39-month extended arrangement, under the Extended Fund Facility (EFF) to Pakistan, for the amount of SDR 4268 million (about $6 billion or 210 per cent of the quota) to support the authorities' economic reform program. In addition to the funding, Riyadh also agreed on a $3 billion oil supply line on deferred payment basis for Pakistan.

“Pakistan is facing significant economic challenges on the back of large fiscal and financial needs and weak and unbalanced growth," the IMF said while suggesting “decisive fiscal consolidation is key to reducing the large public debt and building resilience, and the adoption of the FY 2020 budget is an important initial step."

The financial advisor to Pakistan's Prime Minister Imran Khan has warned the public about tough measures being necessary to achieve financial objectives, including a multi-year revenue mobilization strategy to broaden the tax base. The IMF has also asked Pakistan's government to raise tax revenues in a well-balanced and equitable manner.