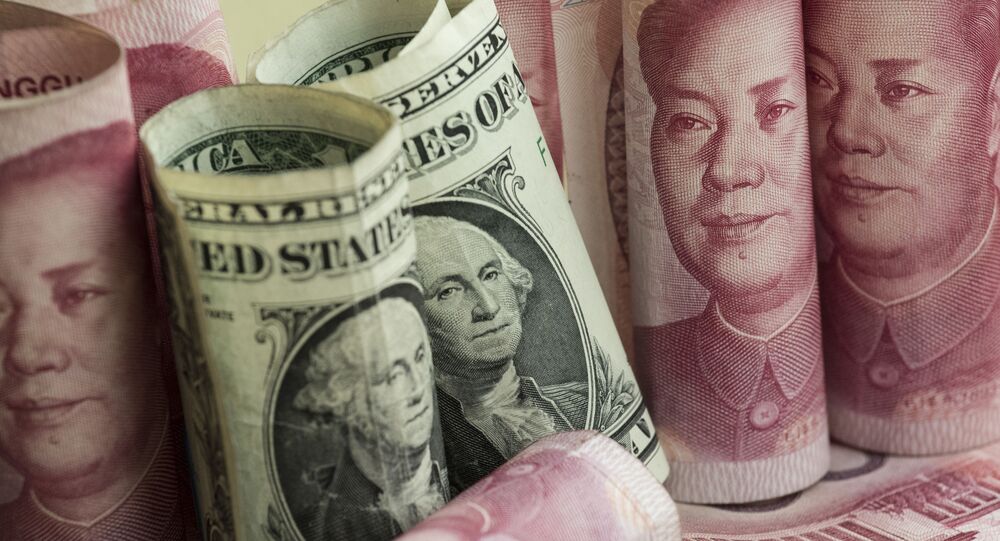 BEIJING (Sputnik) - China does not intend to devalue its currency as a means of resolving its trade war with the United States, Chinese Foreign Ministry spokesman Geng Shuang said on Thursday, commenting on US President Donald Trump's recent remarks about Beijing's alleged "big currency manipulation."

"As a large and responsible state, China is not devaluing [its currency] to improve its competitiveness, and we are not going to use this as a tool to address trade tensions," Geng said at a briefing.

The spokesman also stressed that the US Department of Treasury had not listed China as a country that manipulates exchange rates for many years.

On Wednesday, Trump wrote on Twitter that China and Europe were manipulating their currencies and "pumping money" into their economies in order to successfully compete with the United States.

In May, the United States escalated the trade war when it imposed a 25 percent tariff on another $200 billion worth of Chinese goods. China, in turn, pledged to retaliate by hiking tariffs on $60 billion worth of US imports in June.