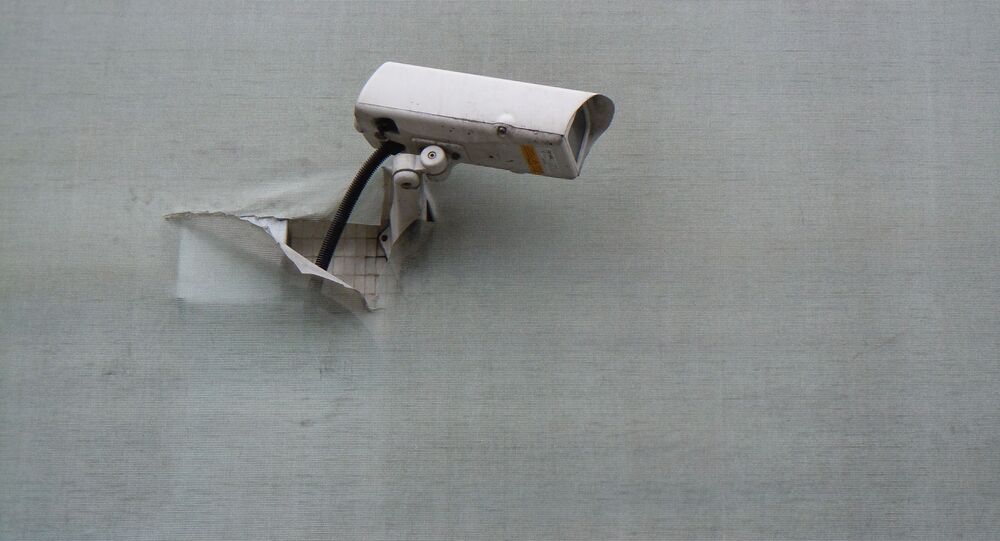 The ban will be officially connected to China’s alleged mistreatment of the predominantly-Muslim Uighur population. While several administration departments seek to impose tougher restrictions on Chinese tech, the Treasury Department insists Washington should secure a trade deal first.

According to the report, such move would effectively blacklist the company from conducting business in the US. This will also be the first time the Trump administration has punished a Chinese company for its role in handling the Uighurs, a predominantly Muslim minority in China.

© REUTERS / Chris Wattie
Trudeau Blasts China’s ‘Aggression’ as Canada Mulls Huawei CFO Extradition
Hikvision is one of the world's largest makers of surveillance systems. While focusing mostly on traditional video surveillance, the company has also introduced more complicated systems, which involve artificial intelligence, speech monitoring, and genetic testing. The company says its products can allow people across the entire country to be tracked, as well as understand and react to "unusual" behaviour patterns such as sudden running or gathering of a crowd.

The US administration is seeking to secure a new trade deal with China while simultaneously forcing Chinese companies out of the US market, which has led to the expulsion of telecom giant Huawei from America's emerging 5G market. After China surprisingly backed out of the almost negotiated deal, Trump raised tariffs on $200 billion worth of Chinese imports from 10% to 25% and threatened to impose additional tariffs on $350 billion worth of goods, sparking some heavy concerns among business analysts.

Formally, the US has cited fears that Chinese technology can be used to spy and steal information for the Chinese government, saying Chinese laws require private businesses to cooperate with the authorities.

Secretary of State Mike Pompeo said on 2 May that the White House was concerned "that the Chinese are working to put their systems in networks all across the world so they can steal your information and my information".

In Hikvision's case, however, the administration cites concerns regarding the Uighur issue.

"Taking this step would be a tangible signal to both U.S. and foreign companies that the U.S. government is looking carefully at what is happening in Xinjiang and is willing to take action in response", says Jessica Batke, a former State Department official who has done research in Xinjiang Province and testified before Congress on the issue, according to The New York Times. "At the same time, however, the ongoing trade war perhaps undercuts the perception that this is coming from a place of purely human rights concerns".

There are some 800,000 to 3 million Uighurs — a mostly Muslim minority people — said to be imprisoned in detention camps in the northwest Chinese region of Xinjiang. Beijing says security measures have been introduced in order to fight religious extremism.

© REUTERS / Dado Ruvic
France Plans to Deploy 5G Network on Schedule Despite US Targeting Huawei
Hikvision conducts little business with the US, though. The company is mostly represented in countries such as Ecuador, Pakistan, UAE and Zimbabwe, the NYT report says, adding that the firm only recently attempted to expand in the US.

The Trump administration is divided on the anti-Chinese policies, however. While the State Department and National Security Council has sought to impose more sanctions on China under the Global Magnitsky Act, the Treasury Department has opposed them saying this will harm trade deal negotiations. So far, only the US military is explicitly forbidden from buying video surveillance systems produced by Chinese companies.