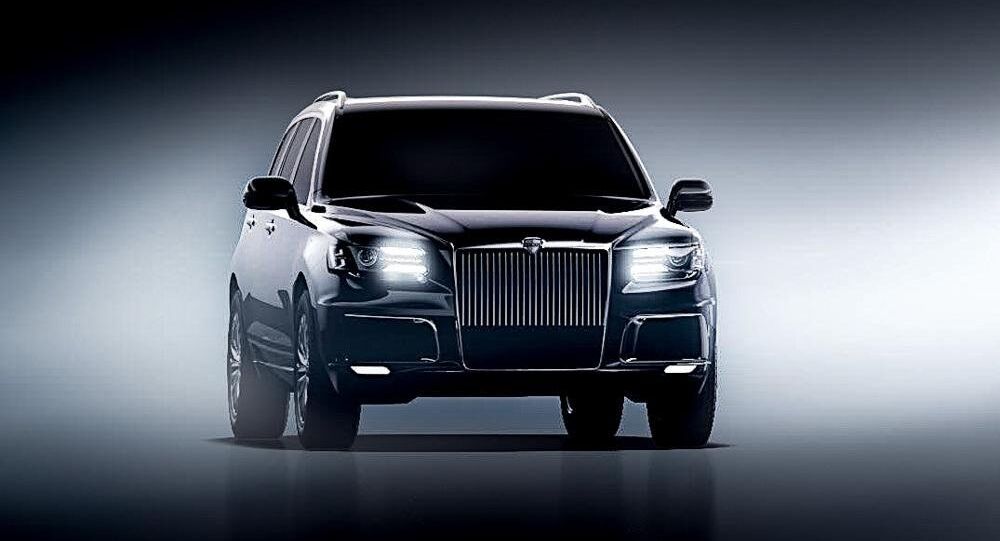 This week, Aurus Motors, the new automotive brand popularised with its vehicles' use in the Russian presidential motorcade, made its debut at the prestigious Geneva Motor Show, with the vehicle described as potential competition for established luxury car brands, including Rolls Royce.

The Aurus Kommendant SUV, not the brand's sedan and limo offerings, is likely to become Aurus' most popular model, Russian Industry and Trade Minister Denis Manturov has predicted.

"The most popular vehicle in the lineup will be the off-road vehicle, the [Kommendant] SUV, and not just in Europe. After all, this is an all-purpose vehicle. The sedan will be second," Manturov said, speaking on the sidelines of the ongoing Geneva Motor Show on Thursday.

© Sputnik / Михаил Воскресенский
WATCH Russia's Aurus-Brand Luxury Cars Steal the Show at Geneva Motor Expo
Aurus Motors indicated late last year that the first Kommendant prototypes would be ready for testing by February-March. Expected to be built on the Unified Modular Platform developed for the Aurus project, the all-wheel drive vehicle is likely to share the 598 horsepower 4.4 litre turbo V8 used by the other vehicles in the lineup.

Manturov confirmed that the Aurus lineup will feature a total of four models, including the Aurus Senat sedan and limousines, the Arsenal minivan, and the above-mentioned Kommendant SUV. He promised that Aurus would appear on the European market in 2021, following the launch of full-scale production at its new facilities in Tatarstan, Russia.

"The main objectives for the near future are preparation for the sales and aftermarket coverage, as well as certification of vehicles in accordance with the requirements of the European market. Negotiations with foreign partners interested in cooperation as local distributors are already underway," the minister, who has helped curate the Aurus project since its inception, Manturov explained.

© Sputnik / Evgenya Novozhenina
Behind-the-Scenes VIDEO Showing Creation of Russian Presidential Limo Released
Europe and the Middle East Asia are seen as priority export markets for the brand at the moment, according to the minister.

Mass production of Aurus-brand vehicles is expected to kick off in 2020, with production expected to climb gradually to reach about 5,000 vehicles a year in 7-8 years' time. In the meantime, the limited run of vehicles for state and civilian use has already been sold out for two years in advance, in spite of a price tag starting at 10 million rubles (about $151,000 US).

On Wednesday, Geneva Motor Show director Andre Hefti praised the Aurus limo as a 'real tank', adding that he agreed that the vehicle could become competition for well-established luxury automotive brand Rolls Royce. "They told me about the car. It's huge, and I think it will sell very well in Europe. This car will see an interest from ministers and wealthy people," he said, speaking to reporters after inspecting the Aurus Senat limousine.