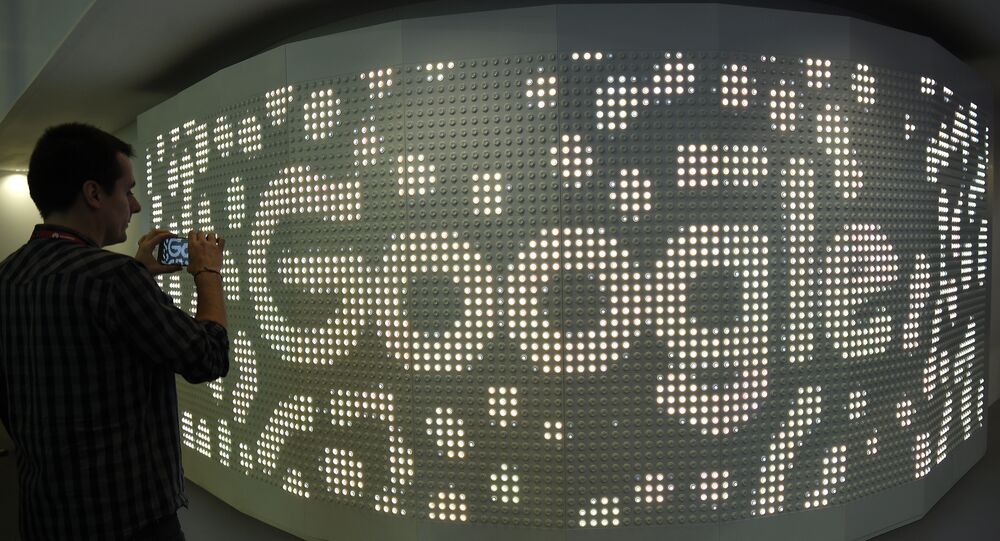 The tech giant is still using an offshore company to avoid US and European taxes on its overseas revenues, but it looks like this scheme is going to end soon.

Google moved almost $23 billion in euros through a Dutch shell company to Bermuda in order to avoid paying taxes back home in the US in 2017, according to documents presented at the Dutch Chamber of Commerce on December 21 and obtained by Reuters.

The money was moved via Google Netherlands Holdings BV, the documents say, with the amount of money shifted through this company in 2017 being $4.5 billion more than in 2016.

© CC0 / Pixabay
Dow Jones Crashes 600 Points After Apple Issues Gloomy Sales Forecast
Google Netherlands Holdings is used to move revenue from royalties earned outside the US to Google Ireland Holdings, an affiliate based in Ireland, but domiciled in Bermuda, where companies pay no income tax.

The tech giant reportedly used this scheme, known as "Double Dutch, Irish Sandwich," for more than a decade, thus avoiding triggering US income taxes or European withholding taxes. The scheme is technically legal, according to Reuters, allowing Google to easily deny any wrongdoing.

"We pay all of the taxes due and comply with the tax laws in every country we operate in around the world," Google said in a statement.

"Google, like other multinational companies, pays the vast majority of its corporate income tax in its home country, and we have paid a global effective tax rate of 26 percent over the last ten years."

However, the scheme will stop soon, as diplomatic pressure exerted by the incumbent US administration has forced Ireland to agree to phase out the arrangement with Google, ending the tech giant's tax benefits in 2020.

Google to Pay Over $7,300 Fine Issued by Russian Telecom Watchdog