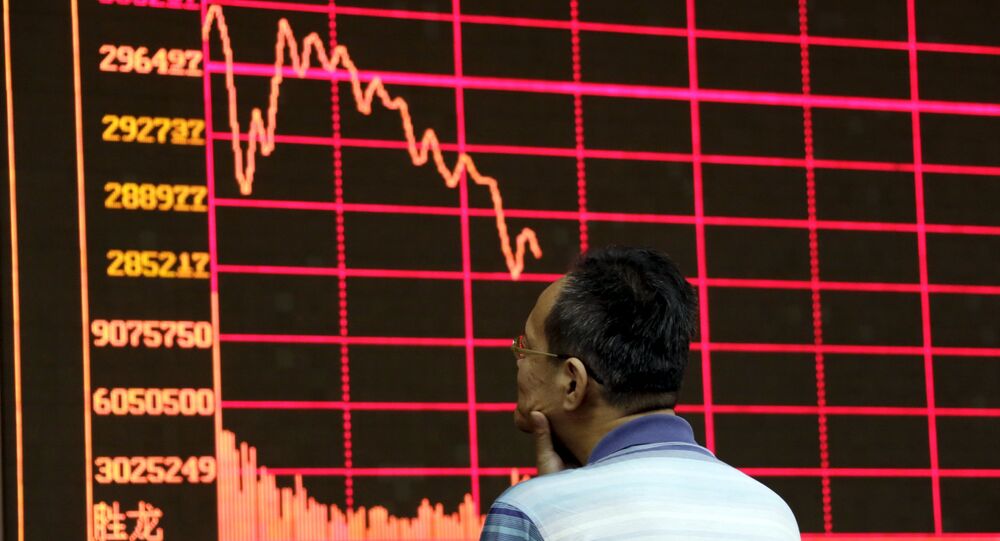 BRUSSELS (Sputnik) - The Organisation for Economic Co-operation and Development (OECD) revised its 2019 forecast for the GDP growth in the eurozone down from 1.9 percent to 1.8 percent, according to the organisation's report issued Wednesday.

The Organisation has lowered its prognosis for the global GDP growth for 2019 from 3.7 percent expected in September report to 3.5 percent, according to the Economic Outlook issued Wednesday.

The OECD lowered its 2018 GDO growth prognosis for the eurozone from 2 percent in the previous report to 1.9 percent. The organisation is expecting the GDP growth of the eurozone to lower to 1.6 percent in 2020.

At the same time, the organisation expects Russia's GDP growth to be at 1.5 percent in 2019 and to reach 1.8 percent in 2020. The estimate for the 2018 GDP growth was downgraded from 1.8 percent to 1.6 percent, compared to the September report, while the for 2019 has remained unchanged.

© AP Photo / Andy Wong
China's GDP Growth in Q3 2018 Lowers to 6.5% Amid Trade Row With US
The estimates for China, issued in the Economic Outlook, had slightly changed — the GDP growth of the country to lower to 6.6 percent this year, compared to 6.7 percent expected in the September report. In 2019 the growth is expected to slow down to 6.3 percent compared to previously announced 6.4 percent and in 2020 it would reach 6 percent.

Prognosis for Great Britain, engaged in Brexit talks, has been rather stable — the UK GDP growth is expected to remain the same at 1.3 percent this year, but it would reach 1.4 percent in 2019, according to the organisation. In 2020 it is expected to be at 1.1 percent.