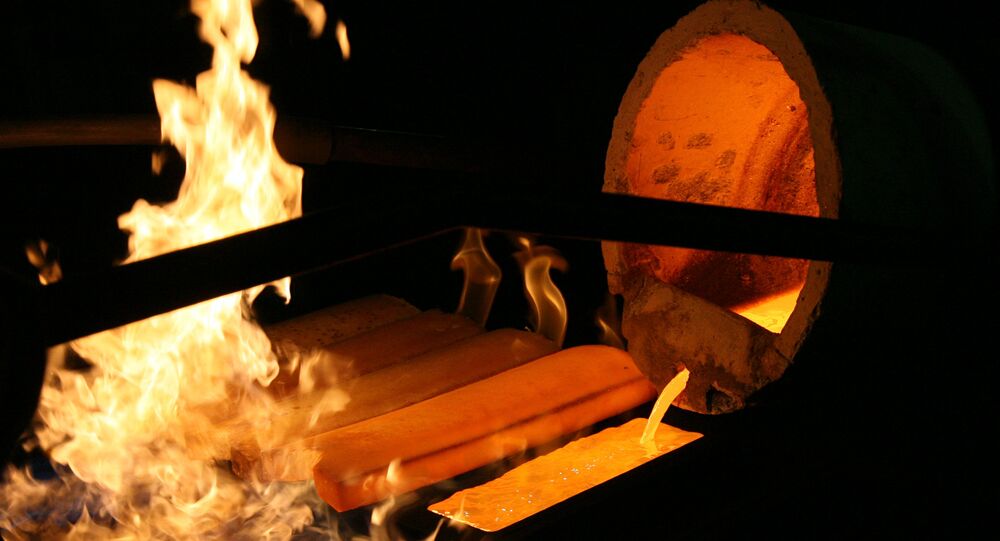 The Mideast country has seen the first surge in gold mining activity in wake of the second rollout of US-initiated limitations, which took effect in early November, taking particular aim at Iranian oil exports, which last year stood at $40.1 billion worth of oil, accounting for 4.8% of the global total.

According to the Iran Minerals Production and Supply Company, cited by Iranian television and press, Iran is pondering measures to revitalize six small-scale gold and copper mines. The company is a subsidiary of the state-owned Iranian Mines and Mining Industries Development and Renovation Organization (IMIDRO).

The steps are ultimately expected to legitimize some undercover activity which has been going on in the field, as well as create more jobs in a bid to boost the county’s economy in the aftermath of several rounds of US-imposed sanctions on Iranian business and production, targeting contracts with foreign firms.

“The mentioned program has been proposed aiming for increasing employment, increasing mineral production, solving the issues regarding small-scaled mines, supporting processing and creating value added, and ultimately achieving the goals of resilient economy, as well as exploiting the country’s existing scientific and operational capacities and capabilities,” a report by The Tehran Times has it.

New mines are expected to pop up across the country, namely in the central Isfahan province, the eastern South Khorasan province, East and the West Azerbaijan provinces.

Iran has spearheaded a gold rush in response to the first round of sanctions that targeted the Islamic Republic’s metals trading and the automotive sector earlier this year. The country’s demand for bars and coins skyrocketed by 200 percent year-on-year, reaching 15.2 metric tons, which is the highest index in the past four years.

According to the World Gold Council (WGC), the “coin demand was healthy,” and gold coins have showcased good performance in recent quarters, contrary to gold jewellery, which is liable to 9% VAT.

In May, President Donald Trump announced the US’ withdrawal from the landmark Iran nuclear deal, with the move being denounced by most European allies and Russia. The pull-out prompted the re-imposition of sanctions against Iran, which were previously lifted under the then effective agreement in exchange for Iran’s commitment not to persist in its nuclear efforts. Two rounds of sanctions have been introduced, some of them anew, since the US’ withdrawal from the agreement, with across-the-board limitations targeting Iran’s oil exports, effective since November 5. The US granted eight oil-importing countries formal waivers, while Iraq was granted a 45-day waiver for natural gas and exemption from electricity trade limitations on November 11.

Iran is the second largest country by territory in the Middle East and it came sixth on the list of the world’s top oil exporting states in 2017. Its exports stood at $40.1 billion worth of oil, which is roughly 4.8% of the world total, according to Investopedia.com.