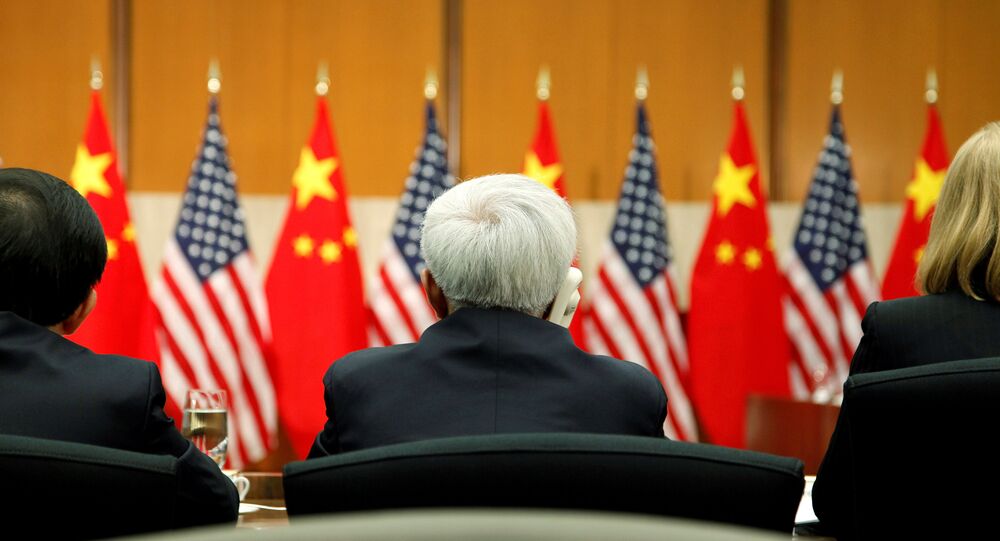 US President Donald Trump on Friday expressed hope that the United States and China would settle the trade dispute over import duties on steel and aluminium.

Trump underlined on Friday, the world's two largest economies continued to work on a deal to eliminate trade tensions, thus, he noted, Washington may not need to impose further tariffs on the trade opponent, as Beijing wants to make a deal.

"We put on tariffs on $250 billion (worth of goods) and we have another $267 billion to go, if we want to. We may not have to do that," Trump told reporters at the White House, adding that "China wants to make a deal."

US President addressed the ongoing trade dispute with Beijing, noting that the latest list of China's trade proposals was pretty complete.

"They sent a list of things that they're willing to do, which was a large list, and it's just not acceptable to me yet," Trump said, though he added that on four or five outstanding issues remain.

Trump added the list included 142 items, but complained that four or five "big things" were left out.

"I think we'll probably get them too," he explained.

He expressed hope that the US would come up with a trade agreement with China, however, he stressed, to attain that, a reciprocal trade was required.

China and the United States are currently engaged in a major trade spat that resulted from US Donald Trump introducing steel and aluminum import tariffs in March. Tensions deepened in late May when Washington announced that $50 billion worth of Chinese goods would be subject to 25 percent tariffs. Since then, the two countries have exchanged several rounds of trade duties against each other.

US Resumes Discussions With China Amid Trade War Tensions