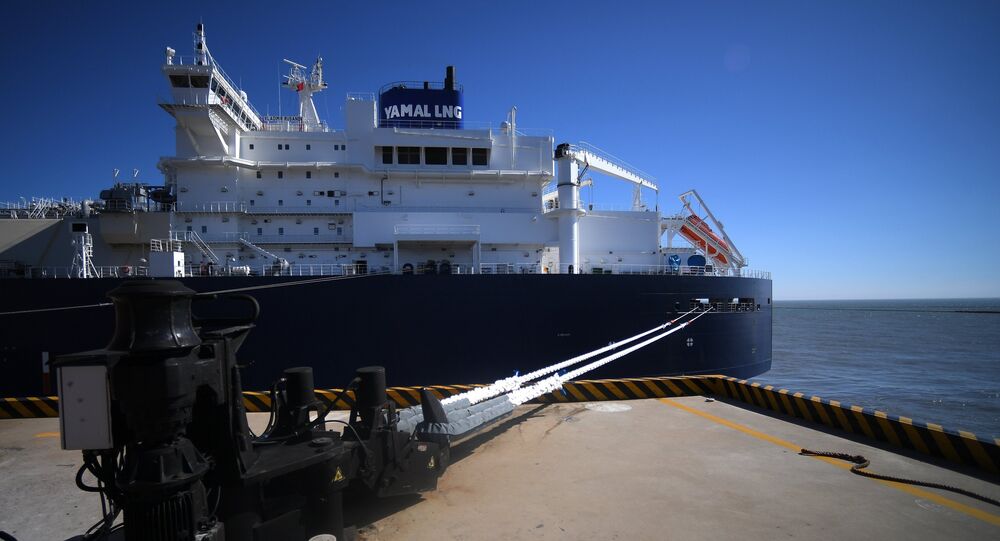 'Oddly Enough': Three Tankers With Russian LNG on Board Arrive in US – Moscow

The announcement comes after President Donald Trump welcomed the German government's intention to fund the construction of a terminal to supply liquefied natural gas from the United States, despite Berlin's plans to take part in the implementation of the Nord Stream 2 gas pipeline project.

"[…] Oddly enough, with all this visible public flow of negative rhetoric [towards Moscow] from Washington, Russian liquefied natural gas is successfully being supplied to the US. Recently, at least three tankers with liquefied natural gas from the [Russian] Yamal LNG field on board have reached the US coast," Zakharova told a news briefing.

The statement followed US Department of Energy Under Secretary Mark Menezes' remarks that Washington supports projects to diversify energy supplies to the European Union even if Russian companies participate in them.

Earlier, President Donald Trump praised Germany's push for funding the construction of a terminal to supply liquefied natural gas from the United States in the face of the implementation of the Nord Stream 2 gas pipeline project.

Trump has repeatedly promoted American LNG in a bid to boost its exports to Europe. In July 2017, he pitched the product to 12 Central and Eastern European nations as an alternative to energy imports from other suppliers.

© Photo : Nord Stream 2
Europe Uses US LNG Terminals as Backup for Pipeline Gas System - ENGIE
At the same time, he has repeatedly slammed Europe's reliance on Russian gas supplies. Apart from the vocal criticism, the United States has made a number of attempts to impede the implementation of the Nord Stream 2 project and even incorporated a provision for counteracting the construction of the pipeline in its Countering America’s Adversaries Through Sanctions Act.

The first batches of Russian liquefied natural gas arrived at the US city of Boston in February 2017.