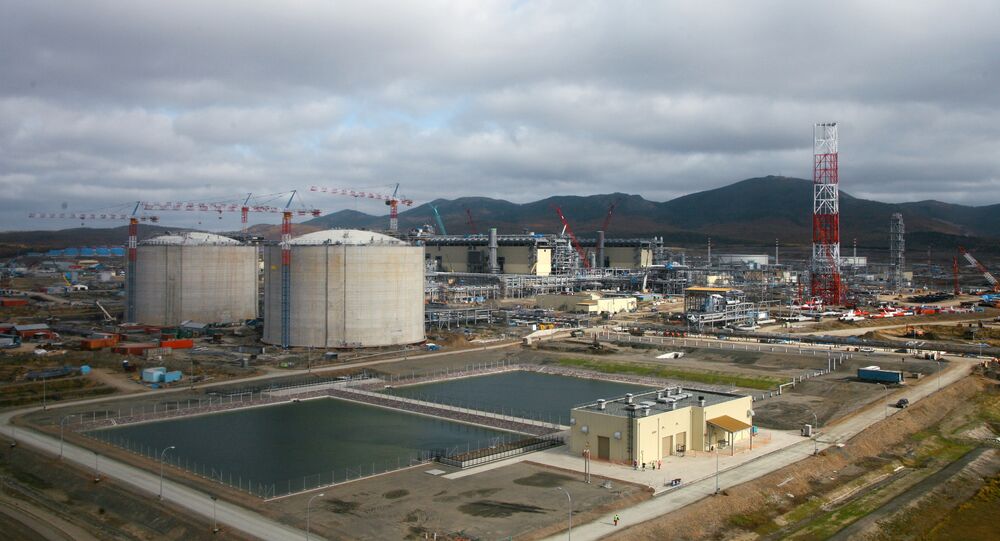 HOUSTON (Sputnik) - The European market has room for both US and Russian liquified natural gas (LNG) exports, but the most of Europe's supplies will likely continue to come from Russia for the foreseeable future, Barry Worthington told Sputnik on the margins of the CERAWeek energy conference in Houston, Texas.

"There is room for both Russian gas and US gas in the European market. Russian gas by pipeline is going to continue to be the vast majority of natural gas inside Europe. We will augment that in some of the countries. We’ve had LNG cargos go to Spain, to the UK, to Poland, to Italy, and there will be some others for the Baltics. But Russian gas is going to dominate the European supply for a very long time," US Energy Association Executive Director Barry Worthington said.

Worthington noted that the market for LNG in Europe is expected to keep growing, as European countries work to reduce their fuel emissions and turn in greater numbers to natural gas. He said he also expects a push for natural gas vehicles.

"They [exports] are going to continue to grow," Worthington said. "We are going to see a very sizable ramp up probably over the next five years a quadrupling of our LNG exports."

The US Energy Association Executive Director explained that the United States last week launched cargos out of Cove Point, a Dominion Energy LNG facility on the eastern shore of the US state of Maryland.

"We have other LNG trains coming on line and other facilities. So we are going to continue to increase our natural gas production and exports," Worthington said.

The Energy Association chief also noted that for the first shipment was sent to India this week.

© AP Photo / Maxim ZMEYEV
Warm Feelings: Russian LNG Gas Reportedly Heads to UK Amid Record Cold Snap
The United States has two export LNG terminals that are open, but will probably another five or six over the next five years, Worthington said.

OPEC, Non-OPEC Agreement to Continue After 2018

The agreement between the Organization of the Petroleum Exporting Countries and non-OPEC countries will likely continue beyond 2018, according to US Energy Association Executive Barry Worthington.

"I am not sure how much there’s a need for it, but I do think that the agreement with the OPEC countries and Russia will continue," Worthington said.

The energy executive pointed out that the United States' government cannot order private US oil producers to curtail output, unlike the situation in other countries, where energy firms are either state-run or states have the authority to order production cuts.

"So when you have a circumstance where you have demand growing, in the United States we were able to expand production to meet that demand. So, our producers are in some ways benefiting from the agreement between Russia and OPEC," he said.

The US Energy Association Executive Director said that going forward, global markets would likely achieve balance, regardless of whether the OPEC/Non-OPEC deal is extended.

Worthington pointed out that the United States will increase domestic oil production in the long run.

In 2016, OPEC reached an agreement in Vienna to reduce daily oil production during the first half of 2017 to boost global oil prices. The agreement was also supported by 11 non-OPEC states.