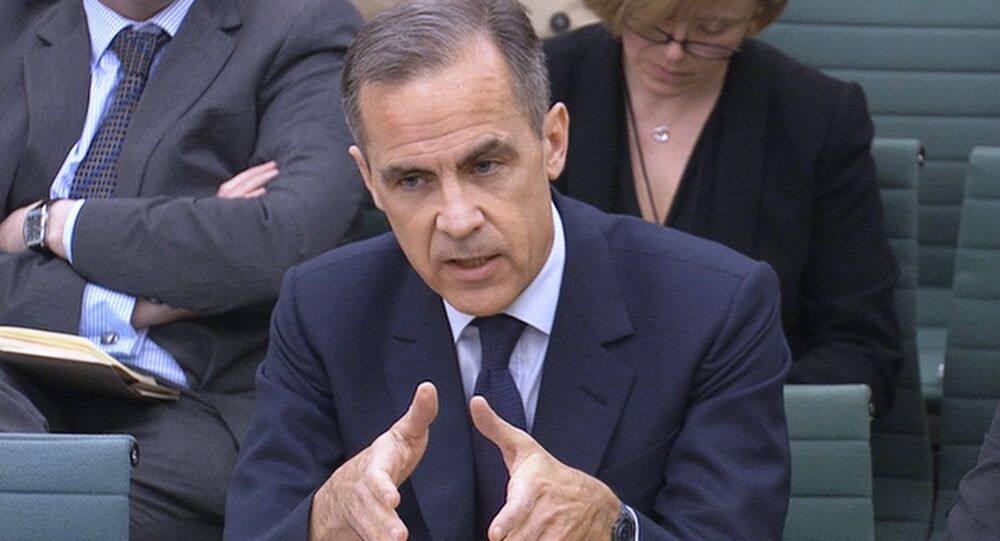 Governor Carney also warned of demand-side shocks to the UK housing market as a result of a hard Brexit, urging the government to do everything in its power to strike a deal with Brussels.

Mark Carney, governor of the Bank of England (BoE), has said that a no-deal Brexit could lead to a financial crisis resembling the 2008 economic meltdown.

In a briefing with UK Prime Minister Theresa May and senior cabinet ministers, Carney stressed that a hard Brexit is likely to hurt Britain’s status as a European financial hub, while causing house prices to fall by up to 35 percent over the next three years in their worst-case forecast.

The warning came as the government released its final series of technical notes on measures taken and possible contingency plans to cope with Britain crashing out of the EU without a deal in place next year.

© CC0
Post-Brexit Eurotrip: New 'No Deal' Travel, Passport Guide Issued for Brits
The 2008 financial crisis was triggered by the collapse of the US housing market, with millions of mortgage-payers defaulting on their debt, costing banks that had purchased corresponding securities billions of dollars.

This reached far outside the US, leading to low consumer confidence and a credit crunch in the integrated global economy.

The Bank of England, Britain’s central bank, declined to comment when asked for further information on the meeting between Carney and ministers by national media.

However, a government spokesperson said all departments have agreed to “ramp up” their planning and precautions for a no-deal Brexit, describing it as an “unlikely but possible scenario.”

Meanwhile, in an interview with the BBC, Brexit Secretary Dominic Raab said such an eventuality will undoubtedly result in some “disruption”, saying, “We need to be honest about this. In the event of a no-deal scenario, which is not what we want, we would face short-term risks and short-term disruption.”

Earlier, France warned that it could suspend flights and Eurostar trains if a deal isn’t reached, piling further pressure on negotiators to secure a deal, with less than seven months remaining.

Under a hard Brexit, WTO tariffs would come into effect, reducing the UK’s access to the EU market, while potentially leading to very high levels of inflation and even shortages.