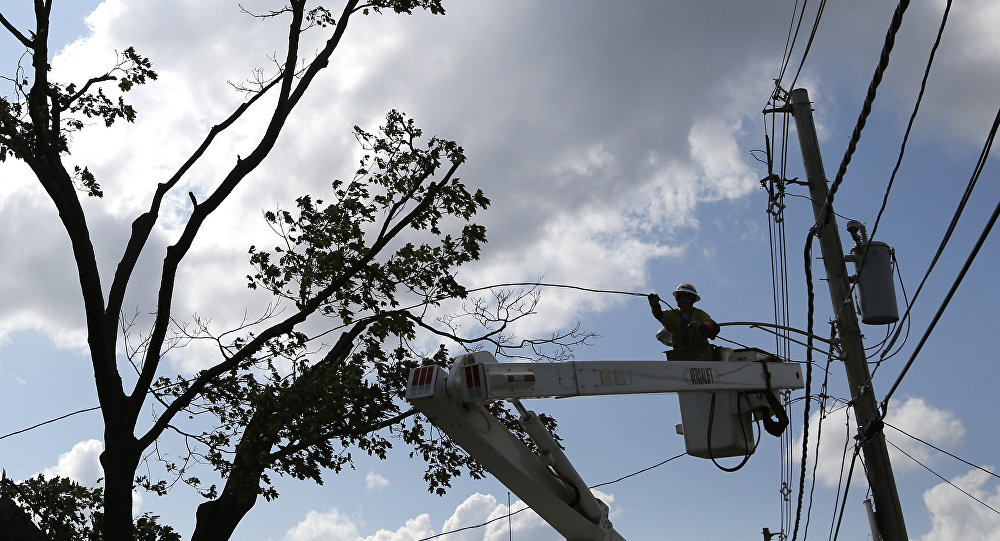 Striking US employees of a UK-owned energy company have seen their health care turned off as corporate negotiators seek to soften up the American unions.

© Sputnik / Natalia Seliverstova
US Capitalism: Workers at the Happiest Place on Earth Rally for ‘Living Wage’
Striking energy workers in the New England region of the US — particularly in Massachusetts and New York — have not received pay and as of July 1 found that their company-provided health care has been shuttered as well.

A spokesperson for the UK-based National Grid power company noted that a so-called no-strike clause would be added to employee contracts and that existing employee health plans would see additional fees added, according to the Boston Herald.

Over 1,000 United Steelworkers union members went on strike June 25 after National Grid, a UK-based company that owns and manages several key power networks in the US, threatened the no-strike clause and medical fee increases against employees.

The energy corporation stopped payment to employee health contracts on July 1, in a new strong-arm tactic to get unions to agree to not be able to go on strike at all, essentially gutting any remaining tool that could be used by workers to improve conditions or increase pay and benefits to match US inflation.

"It's a shame the company is taking a hard stand," union president John Buonopane said, adding, "We're hoping to eventually get everyone covered, but it's not going to happen right away."

"I would hate to hear of someone avoiding having treatment for an issue because they don't have the health care right now. That's a real possibility," he added.

"It's definitely a bargaining position to pressure people," he added, cited by Pressreader.com.

National Grid, a UK-based company formed in 1990, has power networks not just in the UK, but also in the Netherlands. The US arm of the multinational energy giant controls some 9,000 miles of electrical transmission lines, in large regions of the US Northeast, particularly in New York, Massachusetts, and Rhode Island.

US Labor Shortage Critical as Companies Struggle to Lure Workers In