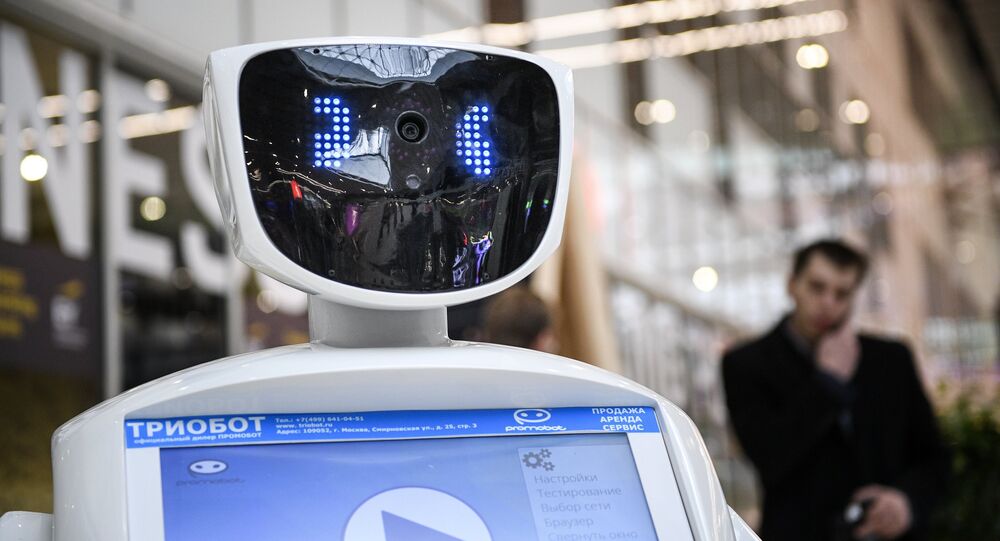 MOSCOW (Sputnik) - Promobot, a manufacturer of customer service robots based in the Russian city of Perm, said on Tuesday that a US manufacturer of light-emitting-diode (LED) lamps signed a contract to deliver over 2,000 robots to the United States.

"The US manufacturer of LED lamps US Lighting Group [USLG] has become a representative of the Perm company Promobot in the United States. The sides signed a contract under which USLG buys out exclusive rights to sell robots in the United States for $600,000 and makes a pre-order for $56 million, which is more than 2,000 robots. The contract was concluded for a period of five years," the company said in a press release.

The sides also agreed to open a service center and a production line in the United States to produce electronics and components for Promobots. These facilities may be placed at the USLG main office in Cleveland, Ohio.