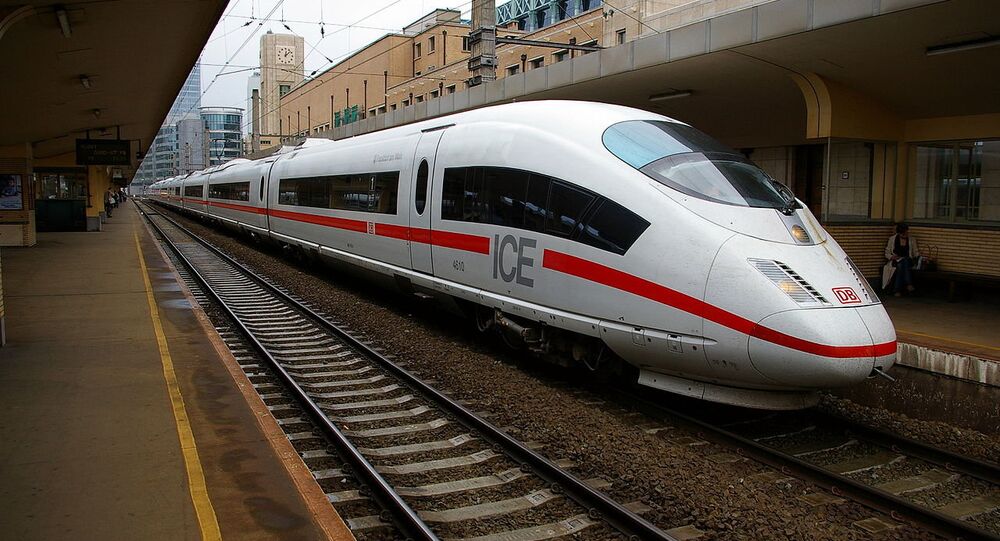 Despite early preparations, the expansion of the German state railway company, due around 2020, has reportedly been derailed by “significant changes” in the economic environment. However, when commenting on the issue, the firm has avoided mentioning the B-word as having been among the reasons.

Germany’s public railway, Deutsche Bahn (DB), has cancelled plans for new high speed routes which would have connected London with two major German cities, Cologne and Frankfurt, according to the Independent.

Although company obtained the certificate to operate in the Channel Tunnel in 2013 and earlier presented Germany's high speed Inter City Express (ICE) trains to Londoners, the proposed direct international service has been crossed off DB’s agenda for "the foreseeable future,” as the company’s spokesperson told the media. DB representative specifically refused to “comment on political developments like Brexit,” pointing at other grounds for the decision.

“The decisive factors are technical and economic reasons: the ICE BR 407 is not yet registered in Belgium and the economic environment has changed significantly as a result of the price competition with low-cost airlines,” the spokesperson told the Independent.

The buzz around the plans for the new service has gone on for several years. Although DB hasn’t confirmed the start date publically, in 2017 the Times reported with reference to Eurotunnel officials that the ICE will start to run under the Channel in around 2020.

In 2010, an ICE train first travelled through the Eurotunnel to London for publicity purposes. Around that time speculations rose, that the project will be included into the 2013 roadmap, while then-transportation minister Peter Ramsauer called the planned connection "a huge step forward for European train traffic." With the new route, the travel time by train from Frankfurt and Cologne to London would be shortened to less than five and four hours respectively.

France’s state-owned railway SNCF has already launched express train service from London to Amsterdam via Rotterdam in the Netherlands.