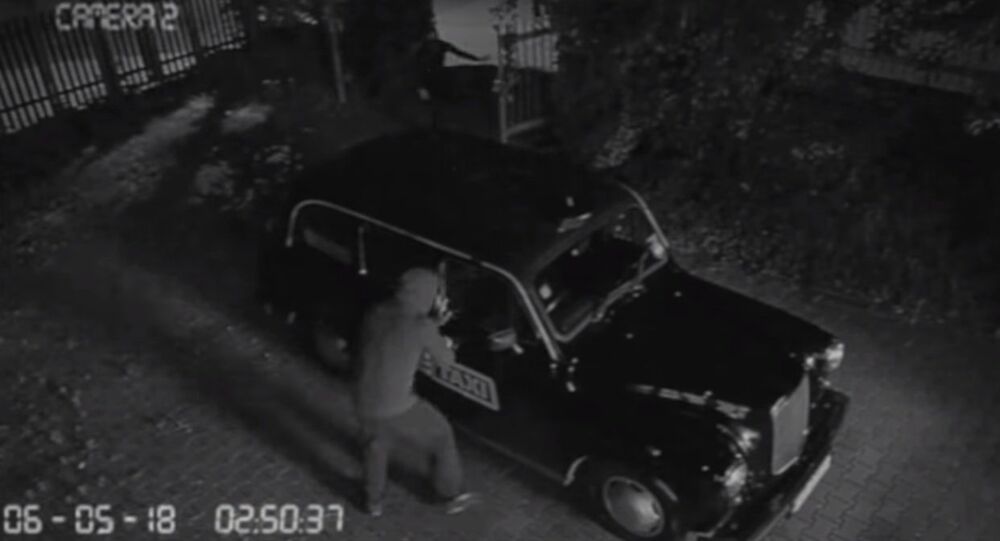 This world-famous adults-only taxi was notably the vehicle inviting viewers to see the "hottest rides" ever, and now the Fake Taxi team seems to lack the original one that "started it all," according to their recent tweets featuring CCTV footage.

"If anyone has any news on its whereabouts please email info@faketaxi.com," one of the tweets reads.

Lew Thomas, head of production at Fake Taxi, said he and his colleagues are lost for words and asked for the public’s assistance to help track the famed car, stolen from a parking lot in Sutton, South London.

The vehicle, which boasts loads of "sentimental value to the passengers, drivers and creators" has "a lot of history with our site and is deeply missed," he said, adding that despite the disappointing news, their industry would not stop moving forward given the fact that they have other vehicles at hand.

Fans and members of the Fake Taxi community have immediately reacted to the report.

"WHOEVER DID THIS, YOU ARE THE WORST KIND OF HUMAN," one user wrote, condemning the news.

One Russian-speaking user exclaimed: "A misfortune has come to our home! Fake Taxi’s original pornocar has been stolen!"

Another one had tweeted that he was “actually mad” about the news, with others adding that the whole of the country was “going into meltdown” following the reports.

Actually mad the Fake Taxi has been stolen. what kind of world do we live in?? #FindFakeTaxi

The whole of the uk is going into meltdown because the original fake taxi has been stolen, I fucking love this country #findfaketaxi

Fake Taxi, which emerged in April 2013, is a top provider of reality pornography. In a frequently pursued scenario, a male or female driver verbally persuades passengers to engage in sexual intercourse in the back of the taxi. The latter, being a perfectly realistic situation, has rapidly earned the website tremendous fame, although most of its content is available only through a paid membership.