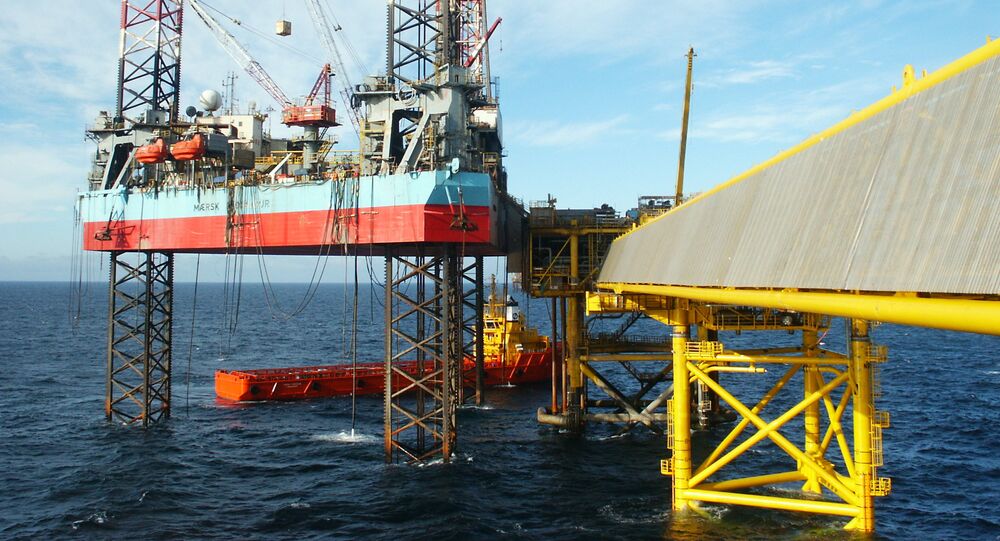 UK Energy Giant Gives in to Pressure From US, Suspends Work on Iran Project

In a recent case involving the much controversial extraterritorial reach of US policies, hundreds of people may lose their jobs if one of BP’s oil fields is shut down.

The British oil company has suspended work in one of its North Sea fields while it strives for clarity over US-imposed sanctions on Iran, according to BBC.

Although BP’s stake in a joint project with Iran, namely the Rhum oil field, is being sold to another British oil and gas operator, Serica Energy, BP plans to drill yet another well in the area, but work has been reportedly delayed.

READ MORE: Iranian Supreme Leader: Trump Will 'Vanish From History Like His Predecessors'

According to the British media, BP’s operations at Rhum are in part licensed by US authorities, and the contract might not to be renewed after it expires in late September, due to the fact that the field is co-owned by an Iranian state oil company. BP notably told BBC that the company, which carries out large-scale business operations on American soil, intends to fully abide by US sanctions, which are now being increasingly imposed on the Islamic Republic, namely its officials and businesses, following the US’s pullout from the 2015 nuclear deal.

"BP takes great care to ensure we always comply with applicable sanctions. BP has decided to defer some planned work on the Rhum gas field in the North Sea while we seek clarity on the potential impact on the field of recent US government decisions regarding Iran," a spokesman for BP said.

The news comes amid reports that BP intends to cut around 3 percent of its overall labor force, and it is not immediately clear how many jobs in the North Sea operation will be affected. Overall, 1,500 employees are, for the time being, at risk.

The US has already imposed three rounds of sanctions on the Islamic Republic since Donald Trump announced the country's pullout from the Iranian P5+1 nuclear deal (JCPOA) in early May. In the most recent limitations, the United States targeted five members of Iran's elite Islamic Revolutionary Guard Corps (IRGC) over their alleged efforts to provide missile support to Yemen's Houthi militants.

Earlier, in line with the US’s “aggressive campaign" against the IRGS, the Treasury sanctioned another six Iranian individuals and the Iraq-based Al-Bilad Islamic Bank over alleged connections with the IRGC and the Hezbollah movement, deemed a terrorist group by Washington.

On May 8, US President Donald Trump announced that Washington was pulling out from the 2015 Joint Comprehensive Plan of Action (JCPOA), which was supposed to ensure the peaceful nature of Iran’s nuclear program, and reviving massive sanctions on the Islamic country.