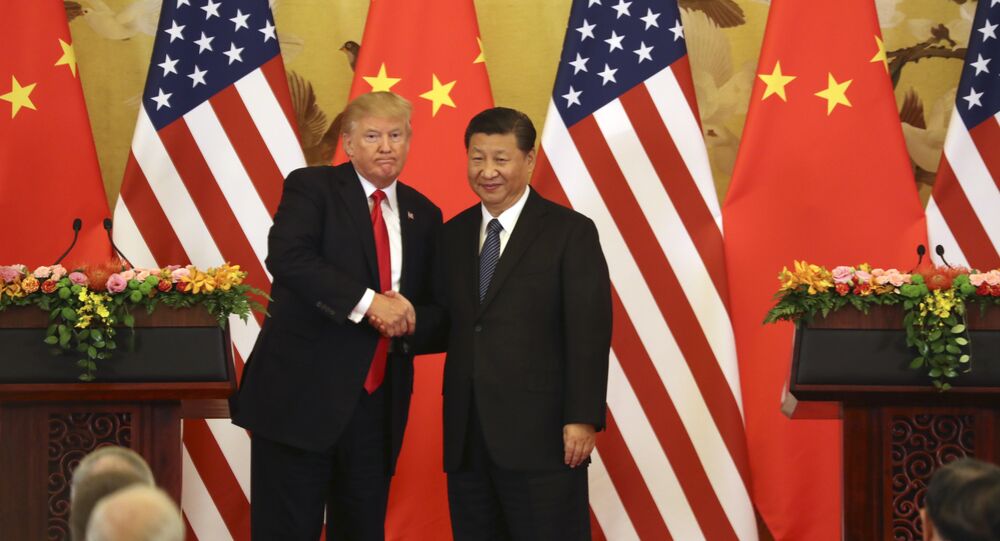 US Trade Deal With China 'Moving Along Nicely' - Trump

WASHINGTON (Sputnik) - US President Donald Trump said in a statement on Wednesday that trade negotiations with China were moving forward, but he hinted that a final deal would need to rely on a "different structure" to ensure compliance.

"Our Trade Deal with China is moving along nicely, but in the end, we will probably have to use a different structure in that this will be too hard to get done and to verify results after completion," Trump said in a Twitter message.

On Tuesday Trump told reporters that he would not talk about the trade deal, saying "I don't like to talk about deals until they're done."

READ MORE: China to Cut Auto Import Tariffs Amid Trade Consensus With US

US Treasury Secretary Steven Mnuchin said on Sunday that the United States and China had both put a hold on tariffs and agreed to a framework for a trade deal.

© CC BY 2.0 / Kārlis Dambrāns / ZTE
US, China Agree on Removal of Restrictions Against China's ZTE - Reports
Mnuchin said China has already committed to buying 35-40 percent more in farm products immediately and signed a Memorandum of Understanding (MOU) for $10 billion a year in energy products.

Tensions between China and the United States had escalated in recent months as US President Donald Trump threatened to slap steep tariffs on Chinese exports to the United States. In response, Beijing vowed to retaliate against US exports to China with a matching value.