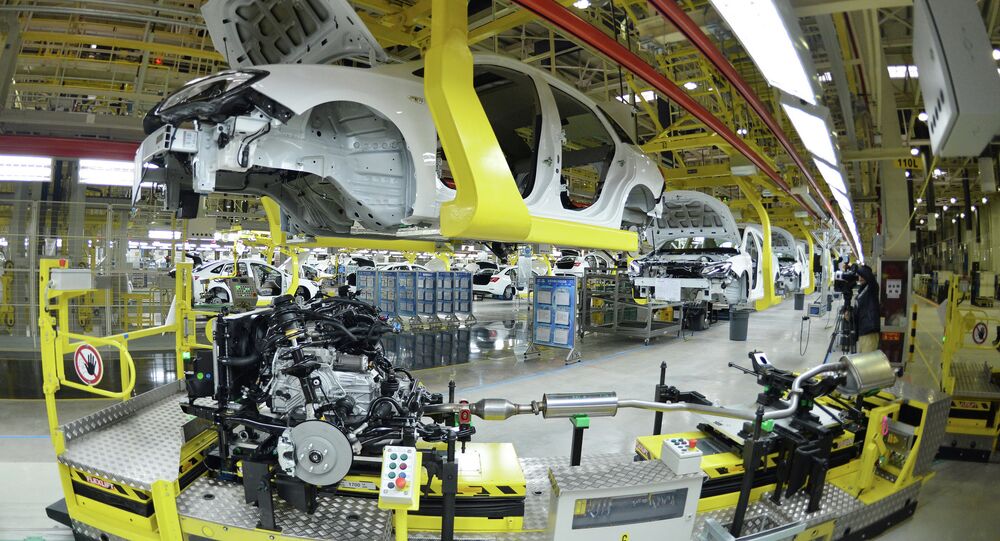 MOSCOW (Sputnik) - China has decided to cut import tariffs on automobiles and auto parts starting on July 1, the Customs Tariff Commission of the State Council, the country’s cabinet, said in a statement on Tuesday.

"To expand the reform and open up further, push forward structural reform on the supply end, boost transformation and upgrades in the auto industry and meet consumption demands from the ordinary people, from July 1, 2018, import tariffs on automobiles and auto parts will be lowered," the statement said.

READ MORE: US, China Agree on Removal of Restrictions Against China's ZTE — Reports

© REUTERS / Hyungwon Kang
Watchdog: US-Chinese Agreement 'Does Nothing to Reduce Trade Deficit'
Following a Chinese delegation’s visit to Washington last week, both nations said they reached an agreement on trade-related issues and agreed to expand exports of US products to China.

Amid trade tensions between China and the United States in recent months, the US side has criticized Beijing’s excessive tariffs on automobiles that put US automakers in a disadvantaged position. According to figures from Chinese Customs, automobiles and auto parts imports from the United States reached $15 billion in 2017.